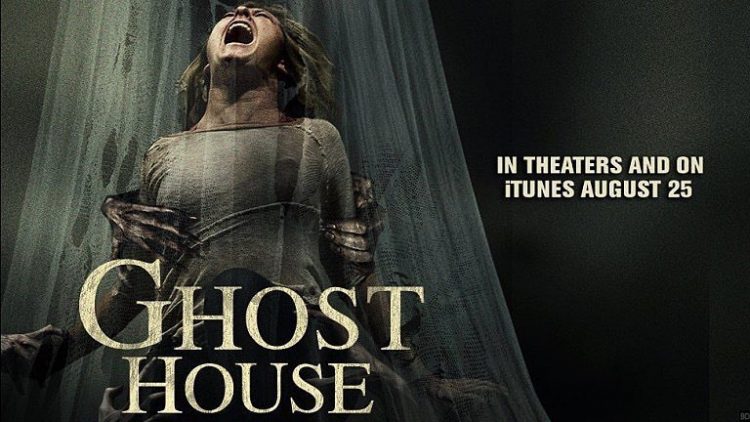 The supernatural subgenre has a huge stake in horror. Although it’s not typically my first choice, I do enjoy a good haunt. Such is the case with GHOST HOUSE, the first feature film from the Ragsdale brothers. Rich and Kevin (Ragsdale) have created an unsettling and twisted tale of a scorned woman who unleashes her wrath upon young ladies who tamper with her “ghost house” – the shrine left behind to keep her at bay. As legend has it, you are to worship the spirits through personal offerings to symbolize your belief and respect in the Thai villages that house them. The most evil spirit lurks in a remote countryside, where the ghost house graveyard resides.

American couple Julie (Scout Taylor-Compton) and Jim (James Landry Hébert) are vacationing in Thailand when they stumble upon an antique ghost house in a local shop. Mesmerized by the tale, Julie’s interest peaks and she is taken in by the folklore that leads her and Jim deep into the woods with two British strangers (played by Russell Geoffrey Banks and Rich Lee Gray). And within moments, Julie is the victim of the scorned ghoul’s spirit trying to eat her soul.

Her new fiancé, Jim, is your average, skeptical millennial who obviously knows best and has trouble expressing a convincing concern for his love. Especially when he is so easily influenced by Robert (Banks) to jump into a local strip club and take advantage of the entertainment. 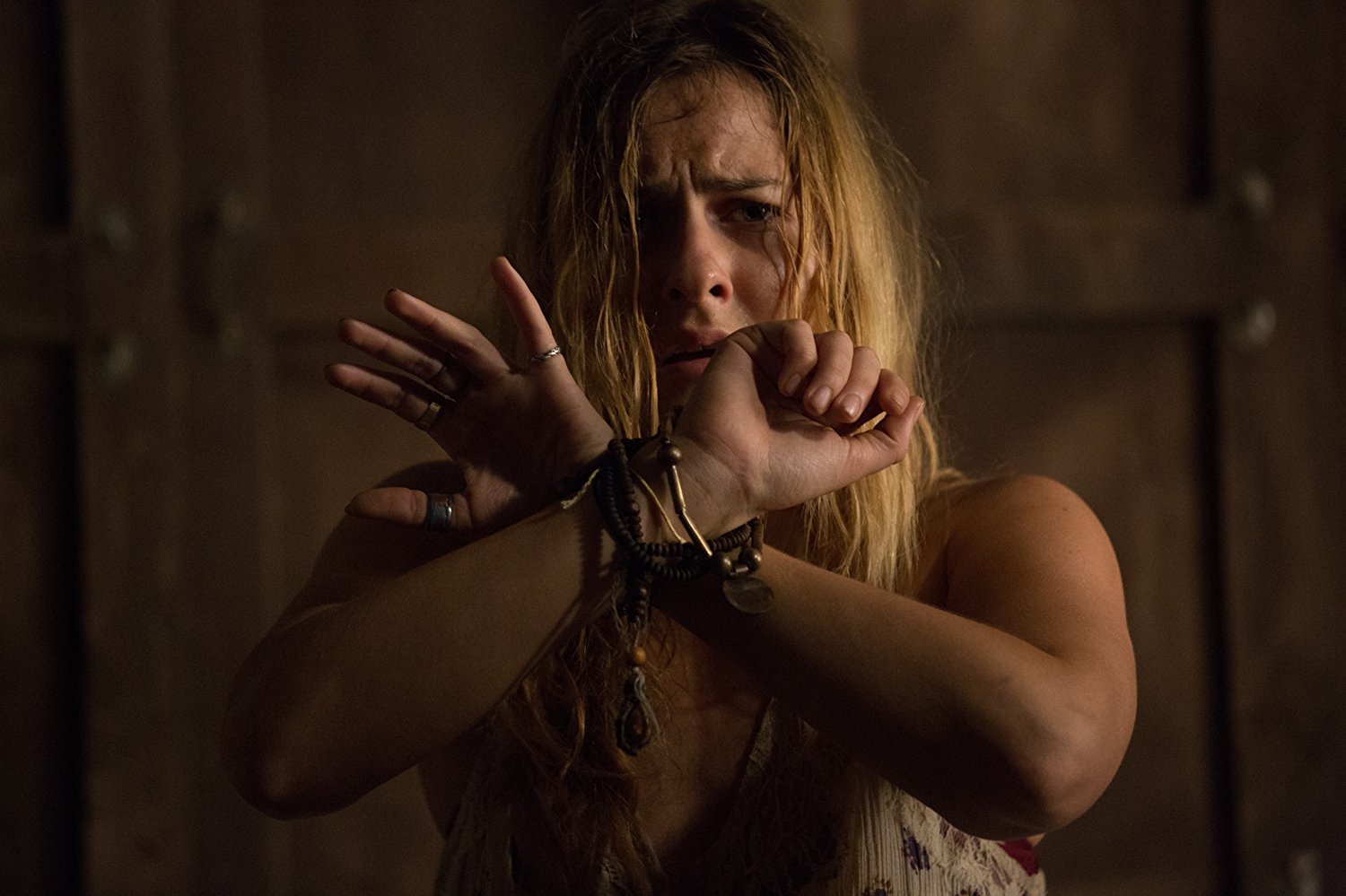 Alongside cab-driver and sidekick “Gogo” (think Indiana Jones’ Short Round as an adult), Michael S. New gives us insight into the mysterious ghost house traditions that will likely consume Julie’s soul in a matter of days.

Ragsdale pulls from great influences such as his Lynch-esque scene that follows Jim through a seedy underground club to meet the infamous Reno, a bloated and condescending Mark Boone Junior who continues to perform with flair as he proposes alternatives to Julie’s predicament.

Scout Taylor Compton, scream queen from Rob Zombie’s HALLOWEEN remake, shines as the tormented and visibly pained Julie. Inquisitive, trusting and sympathetic, Julie tries to ward off this crazed ghost with all her might, but to no avail. Reminding me of DRAG ME TO HELL’s Alison Lohman, Compton completes her transformative fear with surrender. 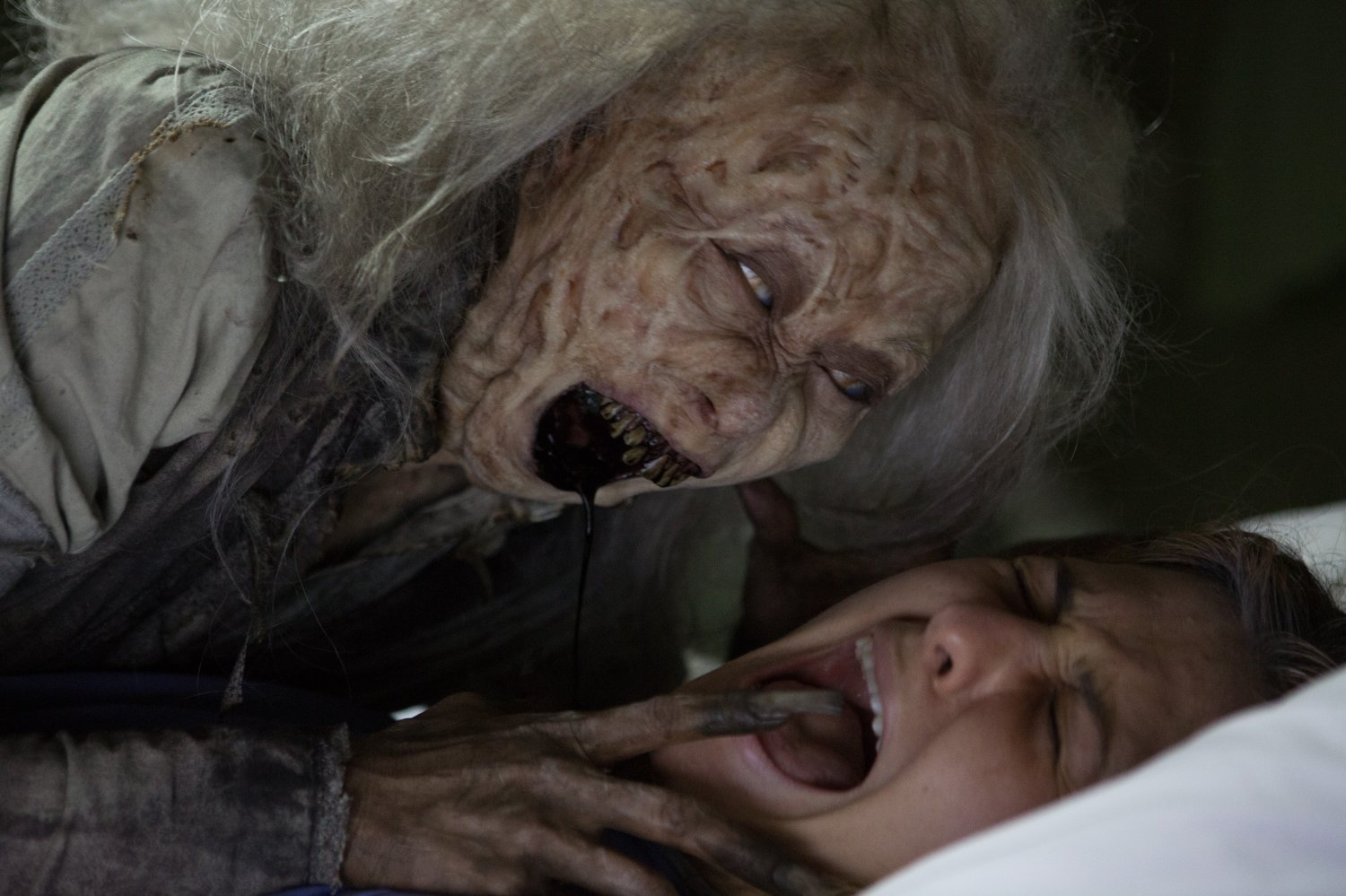 Russell Geoffrey Banks is a star, commanding the audience’s attention into his secret sinister plot (no spoilers here!) He is charming, playful and ominous. In effect, he pulls the story together into what will become Julie’s impending demise, but with better intention that predicted.

In similar form to THE RING or THE GRUDGE, there are jump scares behind every door, every window…and when you least expect it. The wretched, decomposing sounds of the villainous apparition is like nails on a chalkboard, but the effects are SO incredible you will keep poking your head over the blanket to see what happens next.

The race against the clock begins and it’s a jaunt you’ll want to watch!