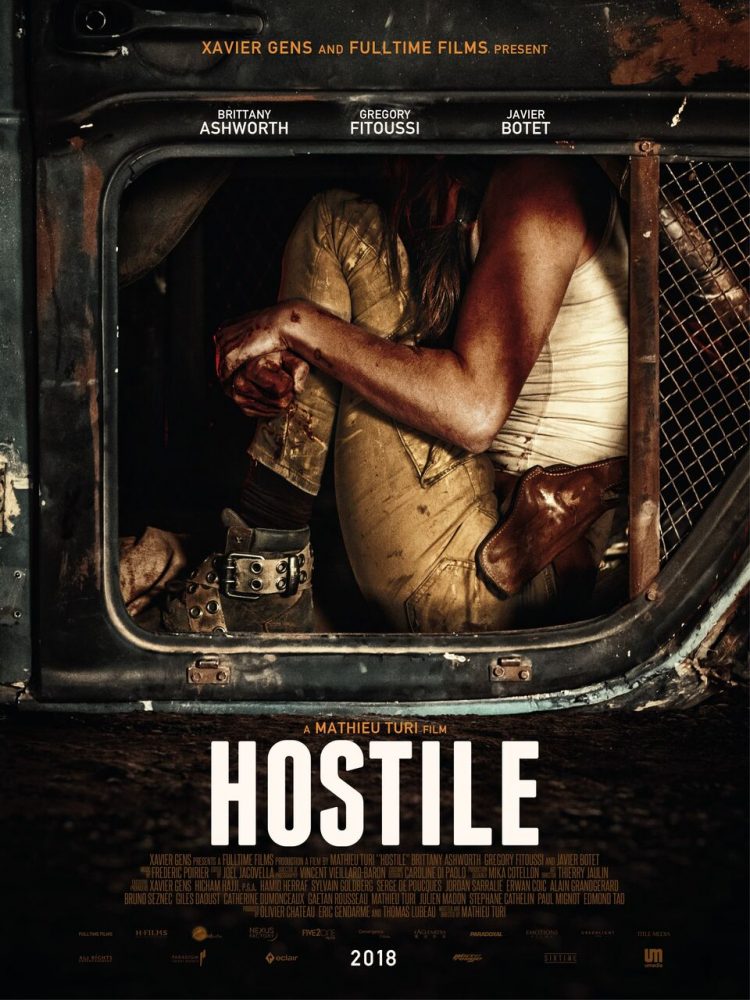 HOSTILE (Directed by Cannes born Mathieu Turi) played in Sydney recently as a part of the A NIGHT OF HORROR FILM FESTIVAL.  Being able to attend even just a few days of the fest made me envious of those that get to experience all of the horror festivals that happen overseas so frequently.  Envy aside, it was spectacular to see so many Australians making and talking about horror content.  That being said, let’s get back to talking about HOSTILE, one of many films I took in last week.  HOSTILE  has been touted as “I AM LEGEND meets PITCH BLACK”.  We sat down to experience this on Thursday night and what we got was not what we expected.

The world has become a desolate, dry and dystopian landscape.   We are introduced to Juliette (Brittany Ashworth), one of the last survivors of an apocalyptic gas attack. Whilst on a mission to find food she crashes and rolls her car. Trapped as night falls, she becomes prey for the mutant creatures that roam in the dark. 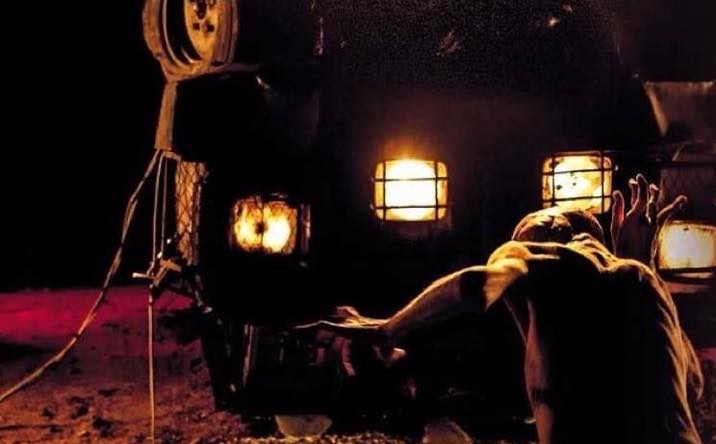 The scenes of Juliette’s fight for survival are what the film does right.  We are right along with her as she deals with a gruesome broken leg and a rescue team who won’t help until the morning.  The scenes of her cat-and-mouse game with the creature are intense. The humanoid monster is also sufficiently scary, played by the ever-fantastic Javier Botet, who has made a major name for himself with his otherworldly body movement and contortion abilities.   Having him along definitely built a more human and ultimately unnerving monster which CGI alone couldn’t have achieved. HOSTILE is a great example of a film creating roles for character actors and making use of practical effects. 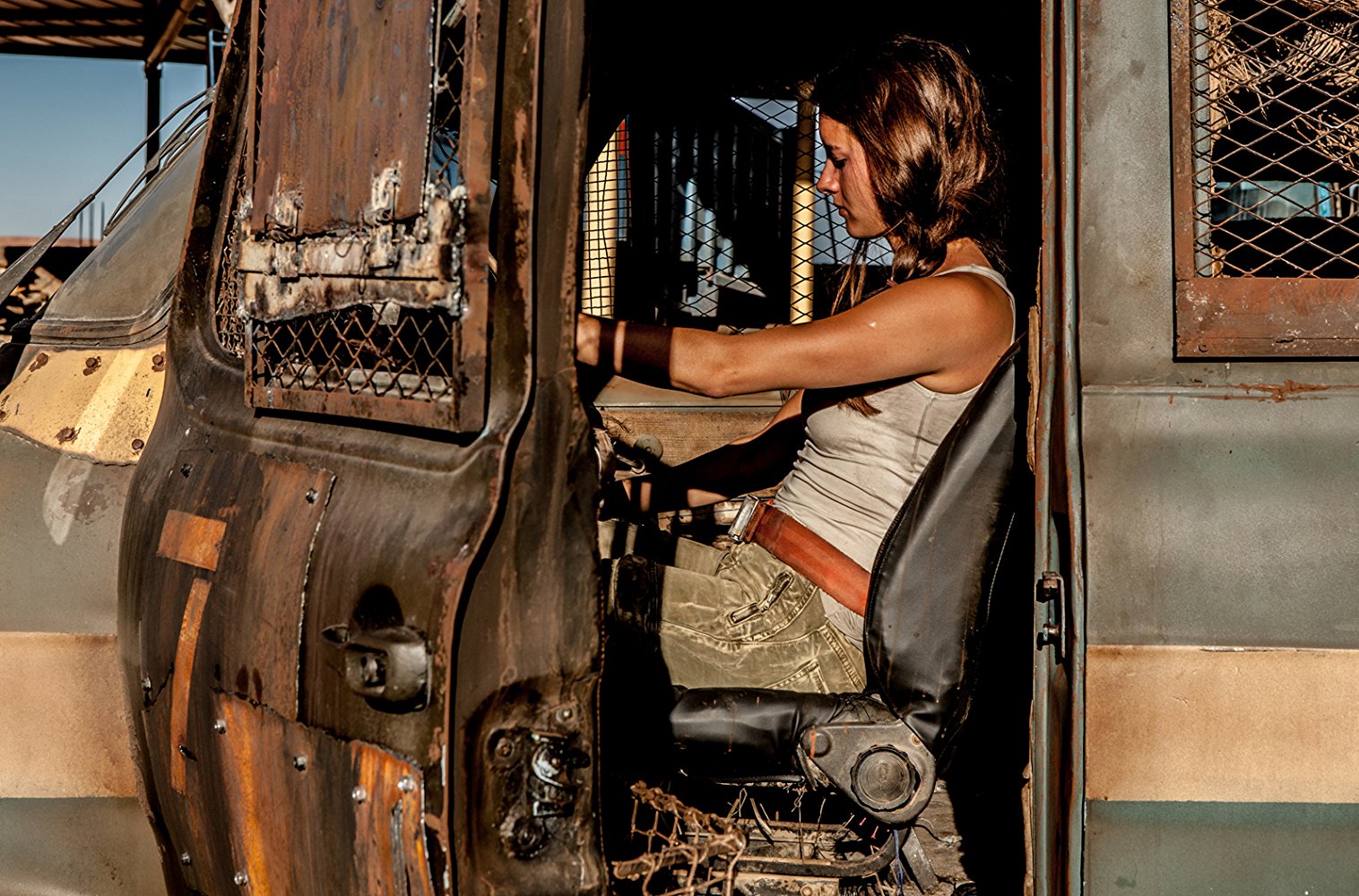 To be perfectly honest, there was a lot of HOSTILE that I really didn’t care for. Spliced into this story of survival are Juliette’s flashbacks to her normal life before the end of the world. They follow the story of her chance meeting with Jack (Grégory Fitoussi) and their subsequent relationship. It’s a sappy, cliché-ridden story of a “poor girl” who makes all the wrong decisions and obviously needs to be rescued; who is swept off her feet by a rich, handsome man. The whole thing was just completely unrealistic and trite (if you can’t tell, my eyes are rolling so hard my retinas are detaching). There were points when I had to question: am I watching a dystopian survival horror or PRETTY WOMAN? 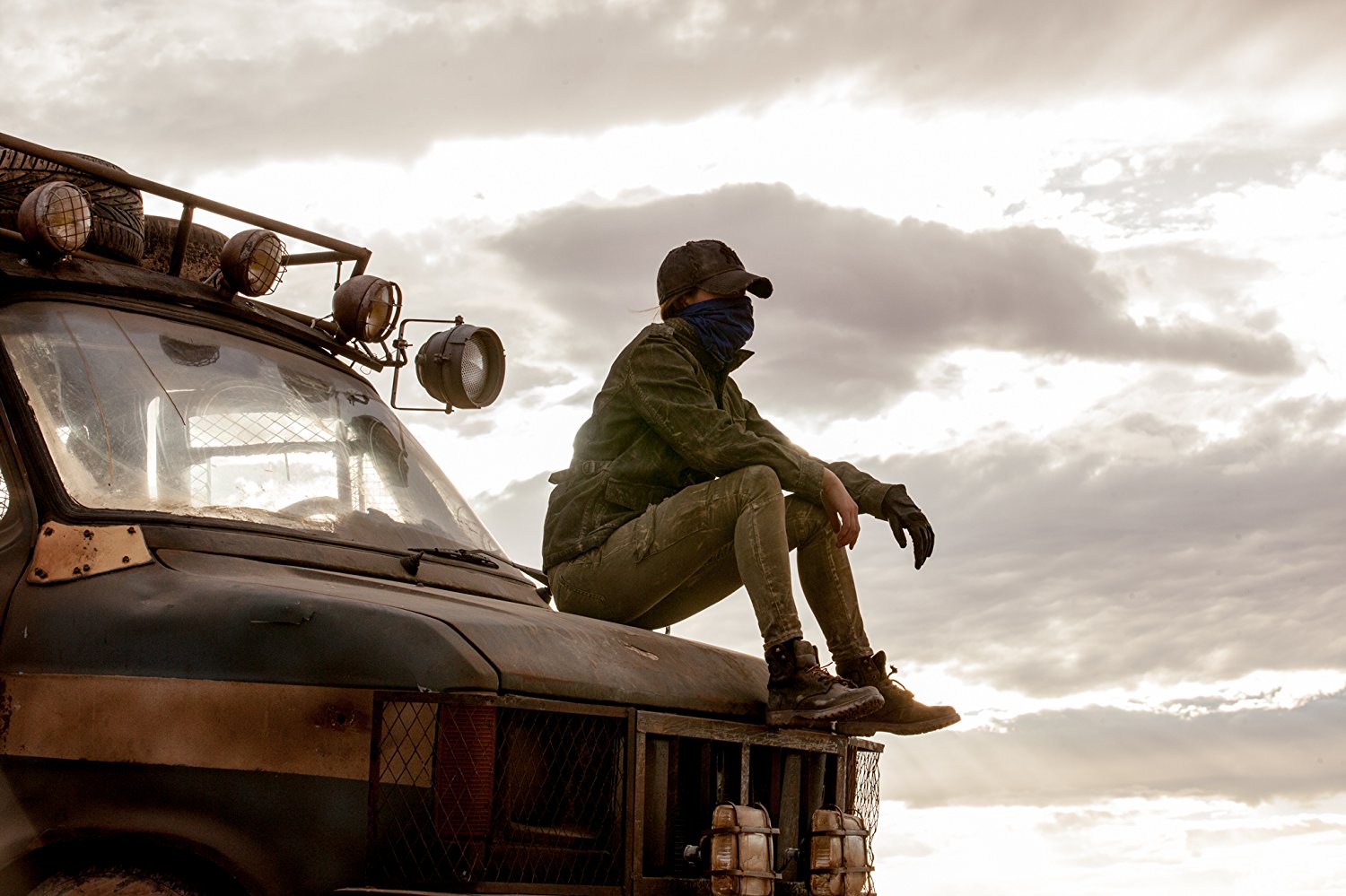 While this story of Juliette and Jack’s relationship does become involved in the film’s ending, the flashbacks make the film feel disjointed. They come right in the middle of key scenes instead of in the quiet moments. I constantly found myself waiting impatiently for the film to get back to the action. 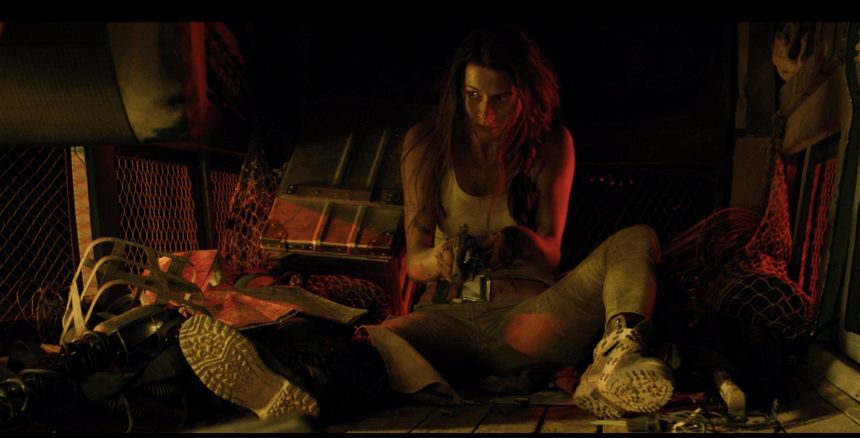 I would compare this film’s action segments to THE DESCENT, although the wide expanse of a desert is the complete opposite of a cave. There was a great scene with the use of flares which was particularly reminiscent of the 2005 film.  It’s hard to make a desert seem claustrophobic but HOSTILE  pulled it off.  Creating a sense of being trapped in such an open space was an impressive feat which I really appreciated. These moments made excellent use of space and light- Juliette must rely on torches and her car headlights to breach the darkness.

The film was enjoyed by the cinema of people it was shown to and it got the right reactions from the audience. I would recommend this film purely for the survival horror elements.  If the film had consisted of just these moments with minimal back story it would have been a taut, near faultless onscreen experience. In the end, HOSTILE is watchable.