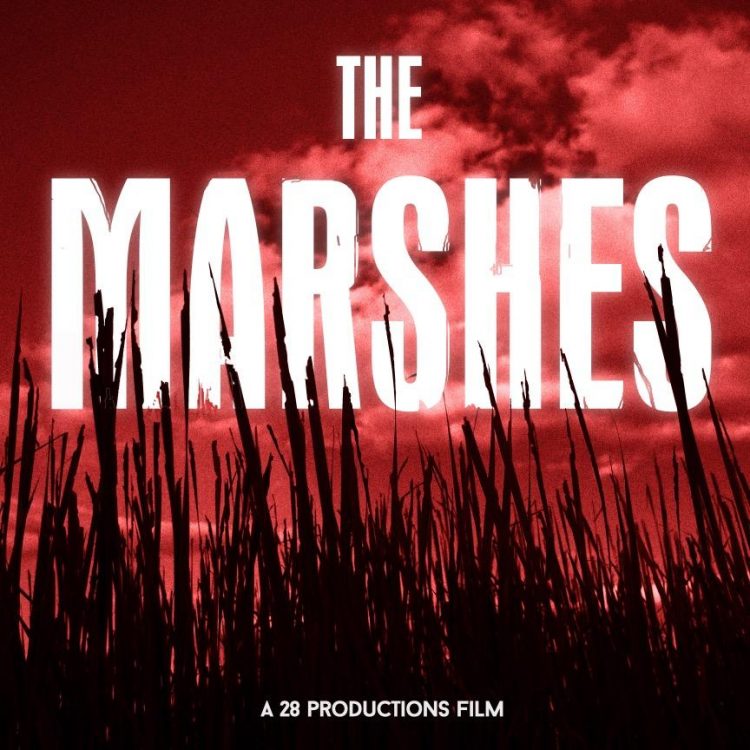 A Night Of Horror Film Fest in Sydney Australia just wrapped this past weekend. The fest brought with it some strong entries, in this its 11th year. As is the case with most genre fests, programming is usually a mixed bag of the good, bad, ugly, and everything in between. There are a lot of different tastes among genre fans, so mixing it up is a good thing. I would say that’s actually a good metaphor for the film itself. THE MARSHES is a mixed bag…some good, some bad, and some ugly. 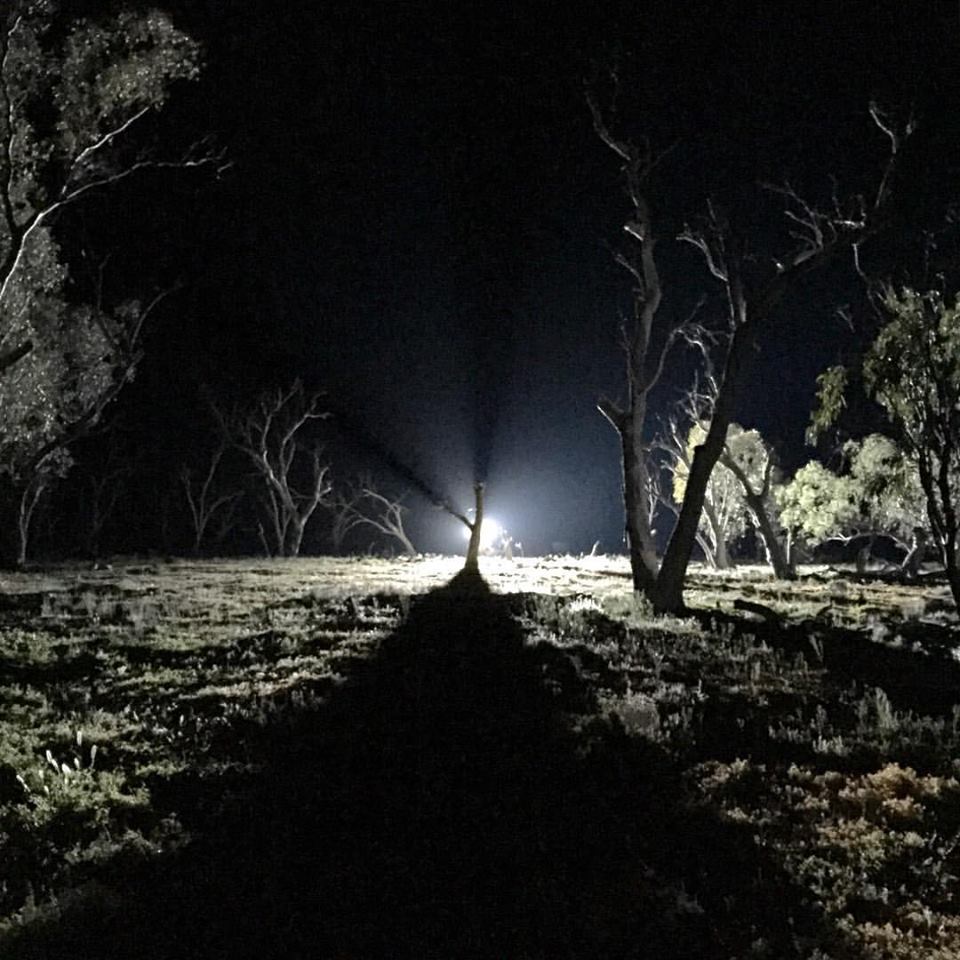 THE MARSHES starts off fairly strong, but then left me unsure if I fully understood what was going on, or what had just happened. We’ll get into that a bit later. The film opens with a montage of what I assume to be a mosquito in the various stages of its birth. It’s on a cellular level as if we’re seeing it happen through a microscope. Cut to: a college laboratory with a researcher named Pria (Dafna Kronental) planning her trip to the titular marshes to gather some specimens. Actually, at this point I should probably mention that I have no idea what it is that she studies, and I’m not exactly sure that it’s ever mentioned. 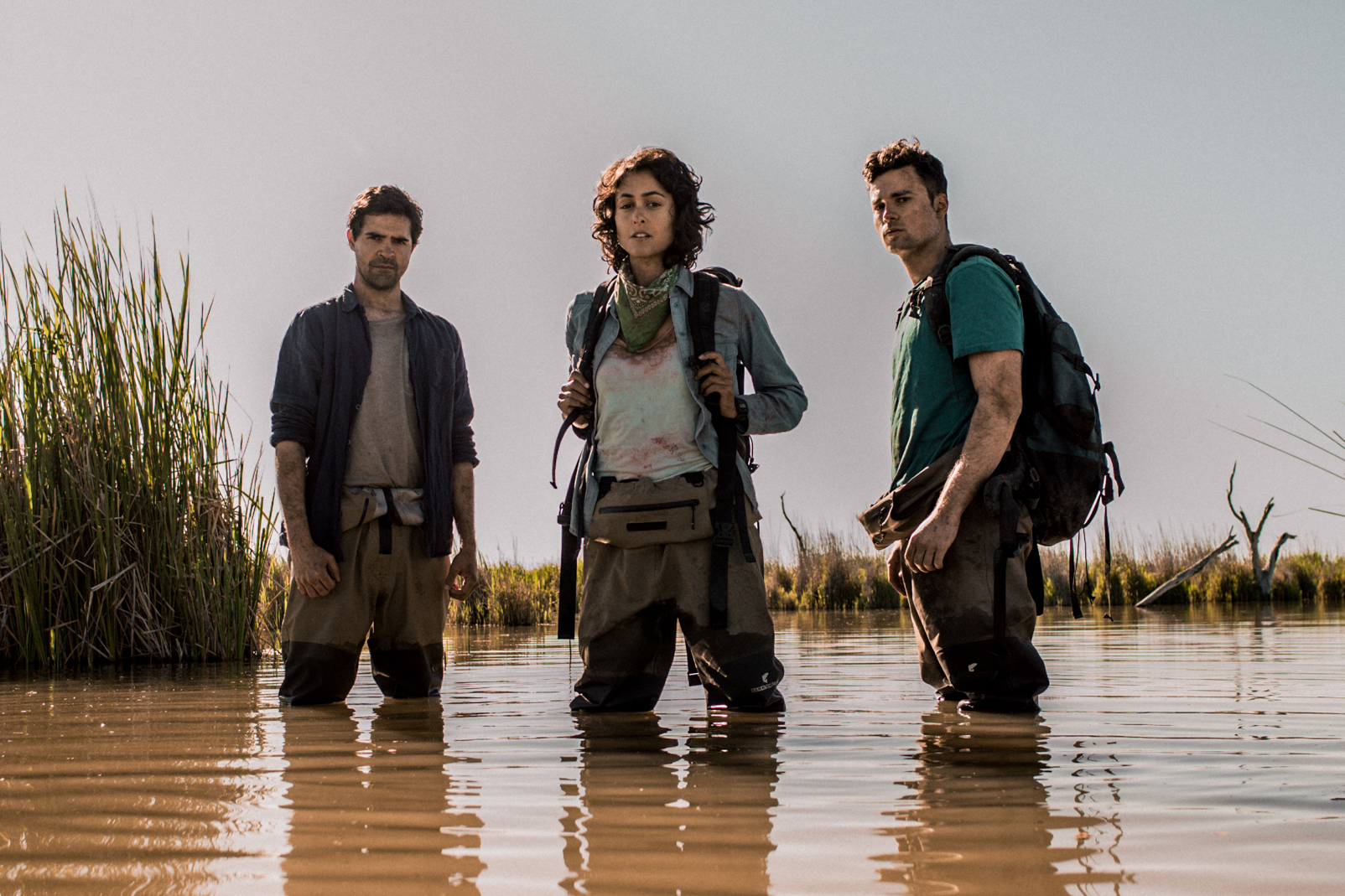 Next up, we’re introduced to fellow researcher and colleague Ben (Mathew Cooper) and undergrad assistant Will (Sam Delich). I also have no idea what Ben or Will’s area of study is, but it doesn’t seem too important to the overall plot…I think. The trio wastes no time hitting the road, and our first glimpse of what may lie ahead appears at a rural gas station. It’s that classic “harbinger” moment where the lone female traveler encounters a creepy pick-up driving red neck (Zac Drayson). He’s everything you’d expect as your horror movie gas station creeper. He’s dirty, vulgar, and driving a mean looking truck. He chats up Pria about what they’re doing there, and she foolishly tells him what and where they’re headed. Call me crazy, but have we not learned that telling creeps at gas stations where you’re going usually doesn’t end well?? Especially when you’re in remote wilderness areas?? Anyway, he accuses her of pushing people off their land before spraying the ground in front of her with diesel and flicking a lit cigarette into it. She jumps in terror, as he laughs because I guess diesel isn’t flammable like that? 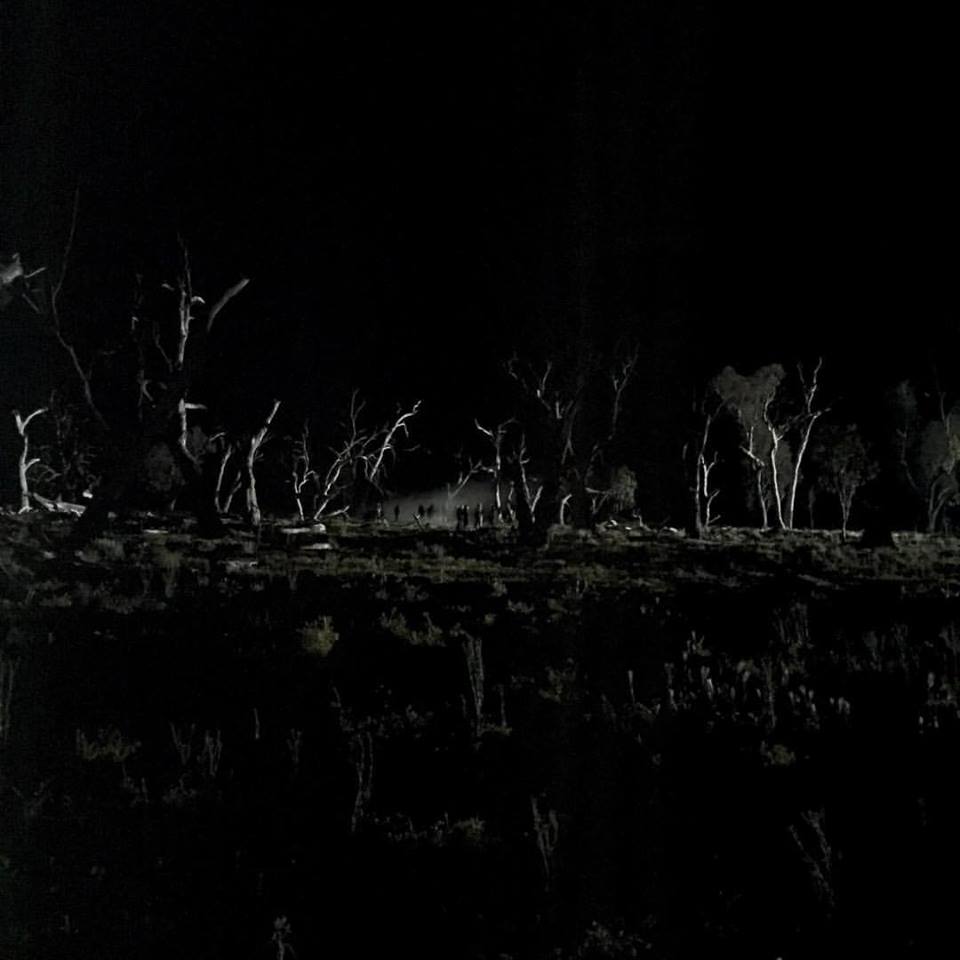 As Will and Ben get back to the car, Pria makes light of the gas station unpleasantness and the gang charges forward to the camp site without really giving the guy much thought. Will and Pria gather water samples while Ben does…whatever it is that Ben does. Later that evening, Ben tells the story of a trapper who kills people that enter the marshes. It’s a classic campfire tale, complete with said campfire, about the dangers of the wilderness and what may be lurking out there. You know, a story with emphatic moments like “you can still hear him whistling in the distance”. 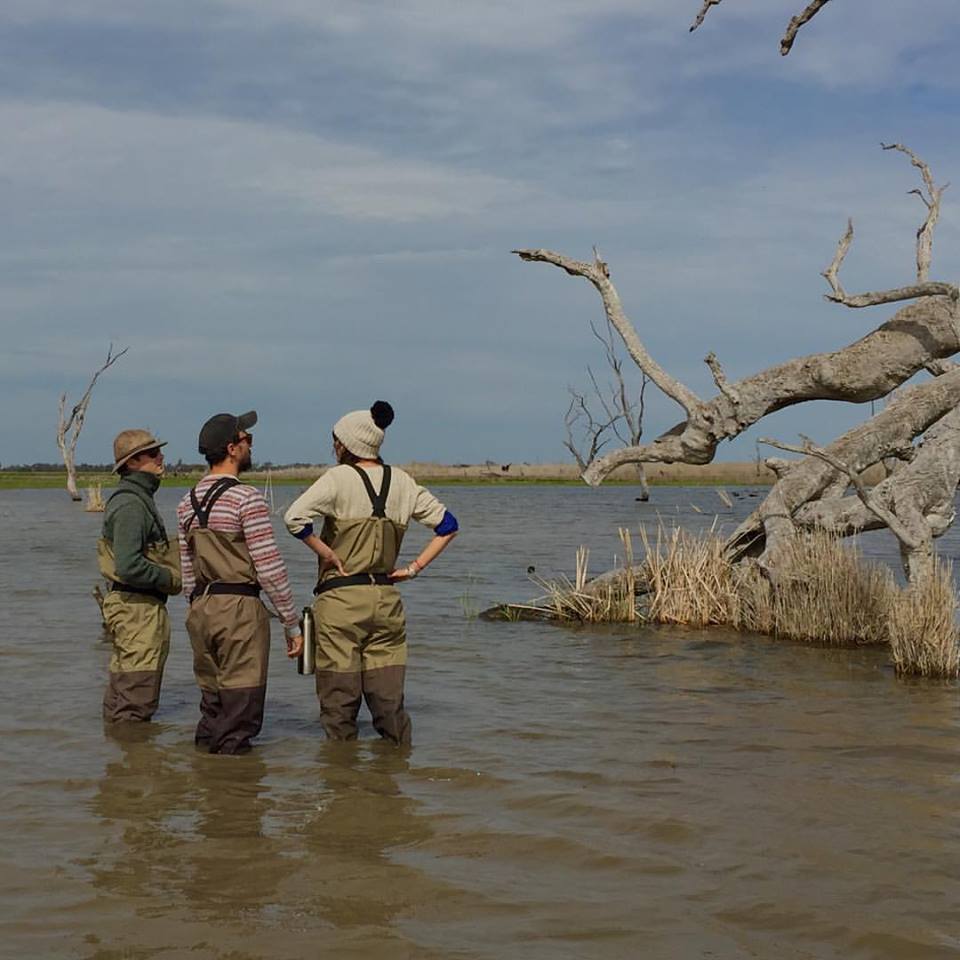 Pria and Will start a forbidden romantic relationship that seems to plague Pria with bad dreams, and what seem to be full-blown hallucinations. While traveling through the marsh, the gang encounters the redneck hunter gutting a pig with his wife and dog on restricted land. The encounter is less threatening than you would expect from the earlier interaction, and although there are some tense moments, nothing really comes from it. Ben and Will want to call the authorities, but surprisingly, Pria is totally un-phased and wishes to move on. At this point, Pria has a run-in with the trapper (Eddie Baroo) from Ben’s story. Well, she sort of does. The first one or two incidences involving the trapper seem to be dreams, until they don’t. Unfortunately this is when things kind of begin to unravel. 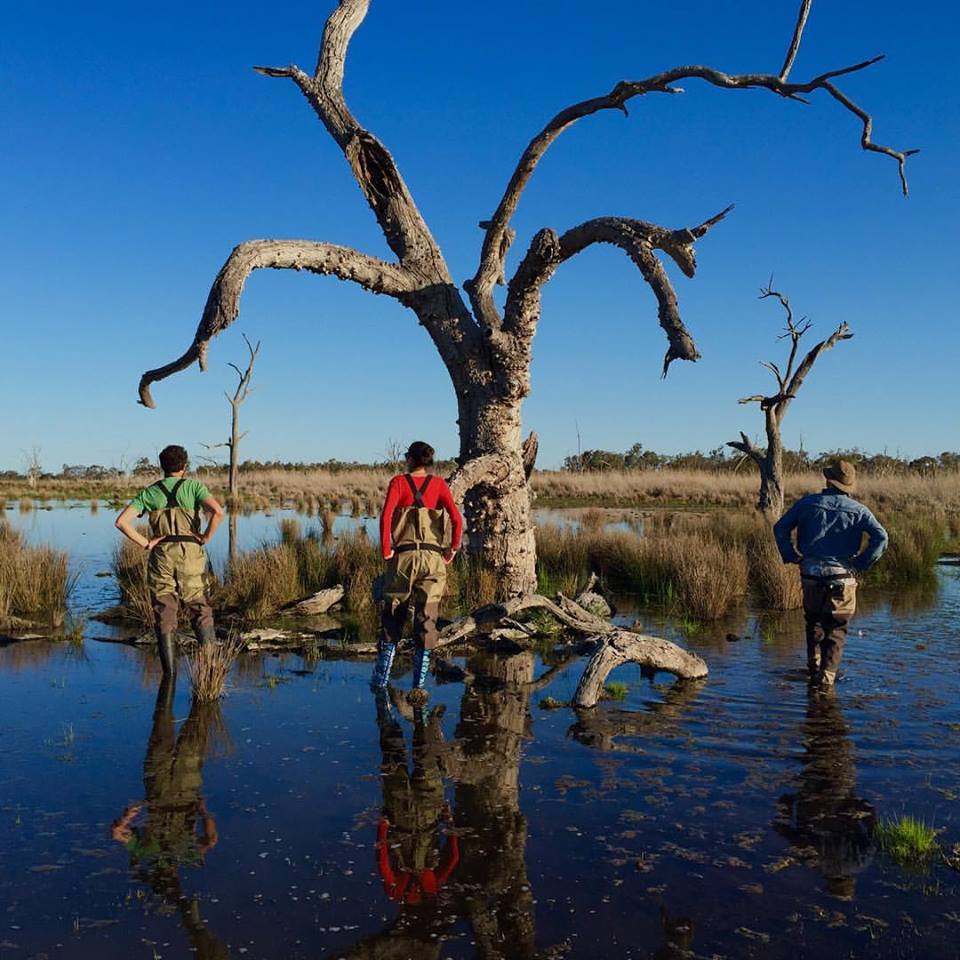 The film never really explains if what is taking place is real or hallucinatory. The trio encounters all manner of nastiness including people being skinned and cannibalized, only to pull back and question whether or not what we’ve seen is real. There are also an abundance of close-up shots of bugs (most notably mosquitoes) and other wildlife. I interpreted this to signify some kind of illness, or even disease, causing delirium amongst the group. But just when you decide that’s what it is, something happens to persuade you that what you’re seeing IS happening. There is even one moment where someone is with the group and then disappears in front of all of them. Is this a shared hallucination among the group? It was frustrating, because the film sets up a really cool slasher vibe a la WOLF CREEK, but then tries to pull the rug out from under us…while also putting the rug back under us. It’s an uneven shift that comes off more frustrating than witty. 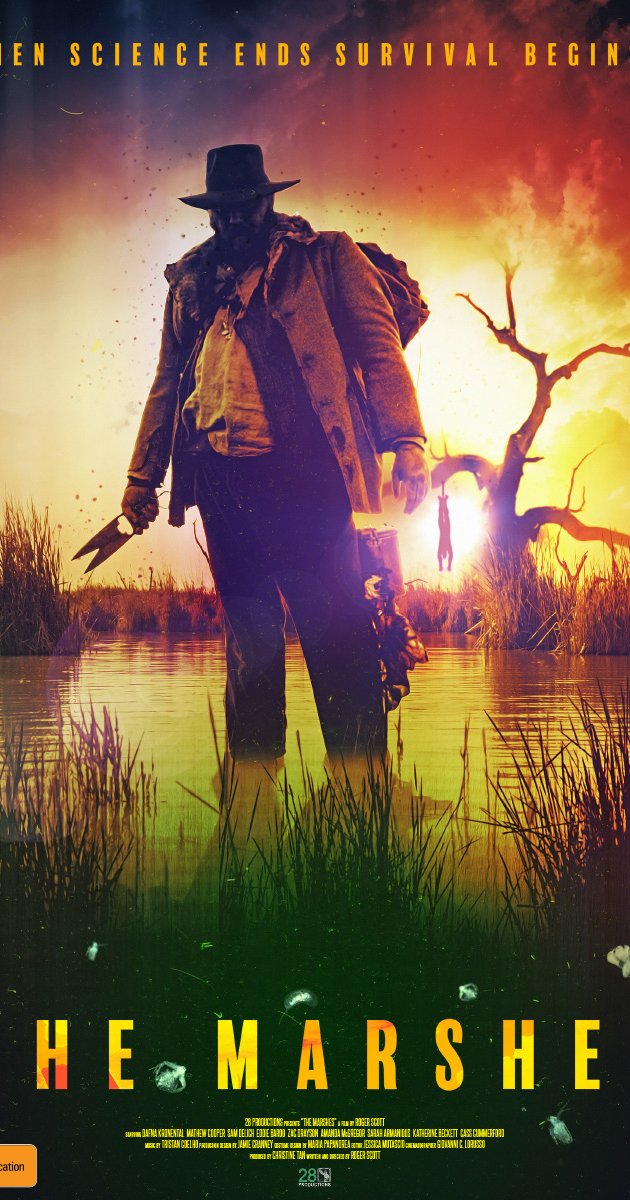 THE MARSHES is the feature debut of writer/director Roger Scott, and it shows real signs of potential. I liked the film, and I liked what it was trying to set up, until I didn’t. Once I wasn’t sure of what was happening anymore, it was very difficult to make sense of anything. I also have to express a disappointment in the film’s conclusion, as it only exacerbated my lack of comprehension. Sometimes less is more, and I would’ve been stoked if we just would’ve followed the straight forward slasher formula. The moments of horror are not super prevalent, but they’re there and they land. I really wanted more, and I felt like so many cool paths were opened that just didn’t lead to a good enough payoff. Sometimes the wheel doesn’t need to be re-invented, it’s good just the way it is.

“THE MARSHES is a mixed bag…some good, some bad, and some ugly.” 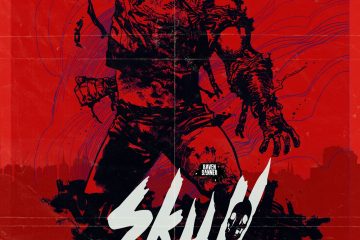