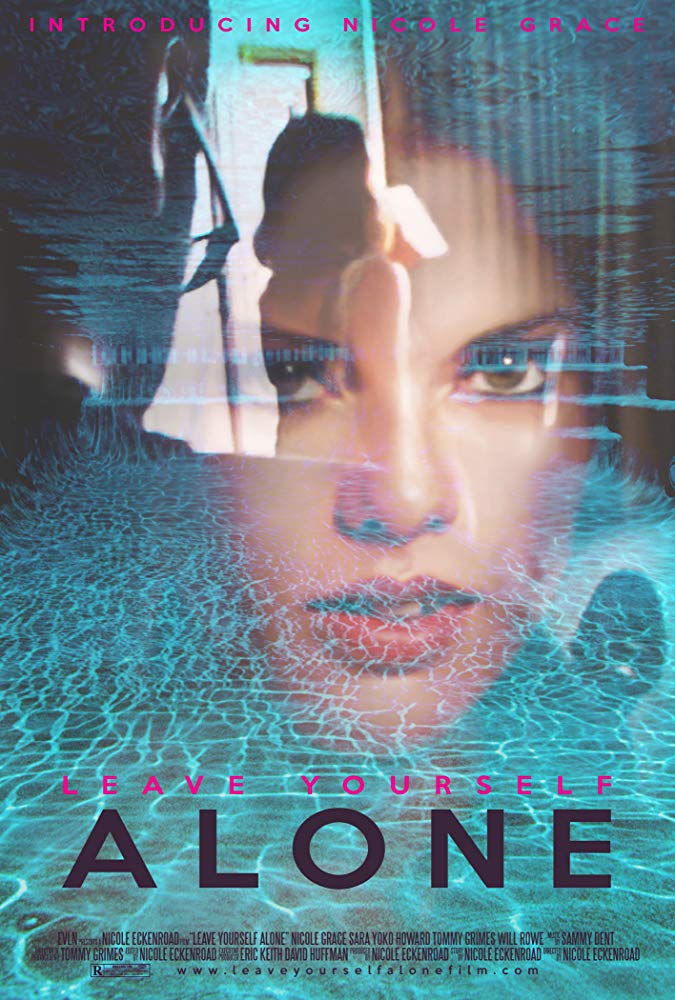 Do you enjoy films with needlessly confusing premises, poor performances and even worse writing? Well look no further than LEAVE YOURSELF ALONE, because it is all that and so much more.

Producer/director Nicole Eckenroad finds abandoned documentary style film footage of Nicole Grace, a 19 year old girl pursuing her undeniable passion for acting. Two young filmmakers follow her entire journey and LEAVE YOURSELF ALONE is a reenactment of the footage Eckenroad found. So you have an actress playing an actress who is trying to be an actress? Ooookay….. 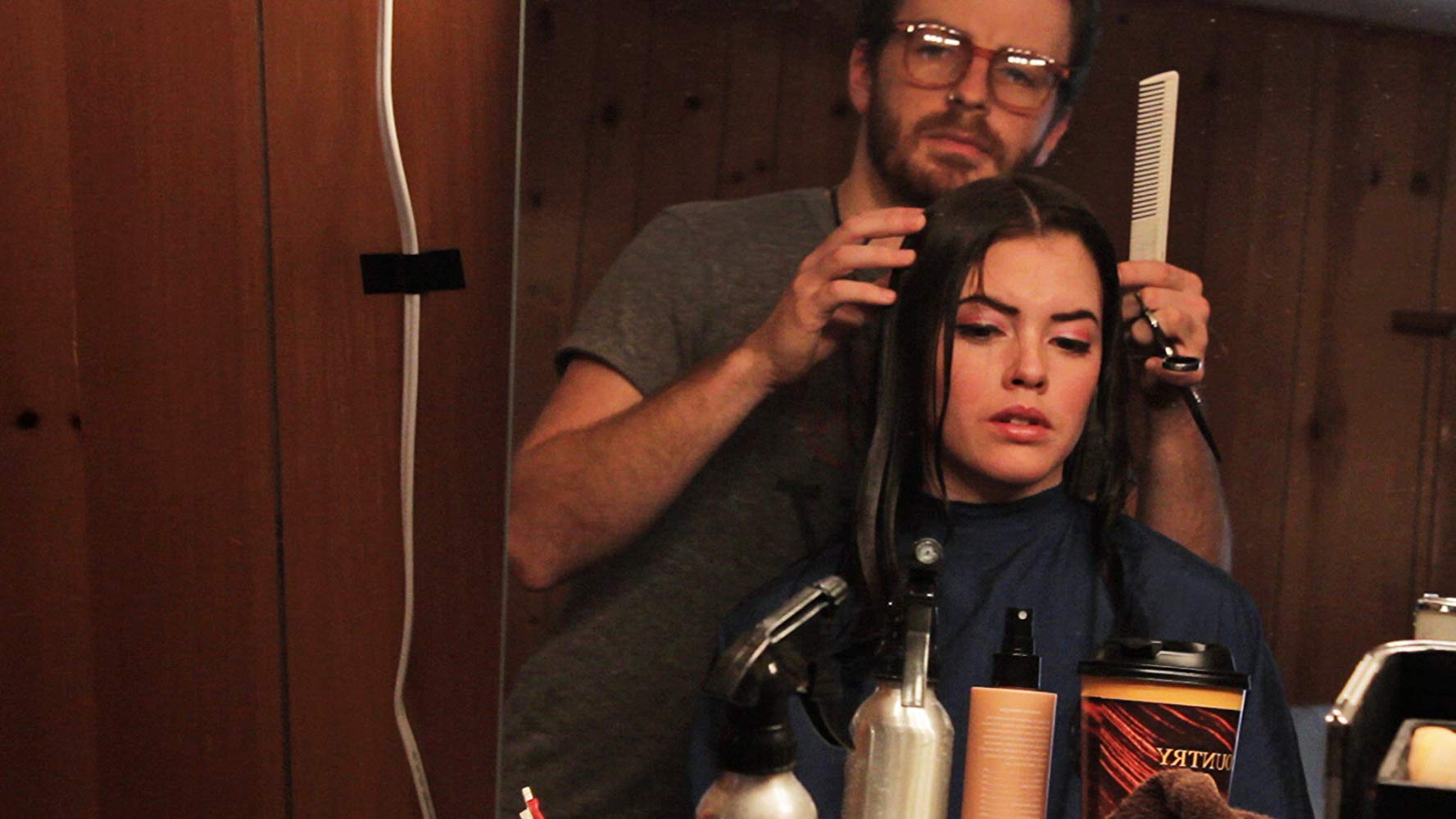 Nicole Grace was born and raised in Los Angeles. For an aspiring actress, this should give her a strong advantage over the rest of her L.A transplanted peers. Well, not even that upper hand can help Nicole because of a stupid mistake she made that has basically black listed her from working in L.A. Her next move? She embarks on a very cliche, underwhelming road trip with her best friend to the next best place for actors, Philadelphia. Wait… what? Now, I’m no entertainment industry expert but…Philly??? What kind of acting opportunities could possibly be in Philadelphia? Ever heard of New York City? Hello?!?! 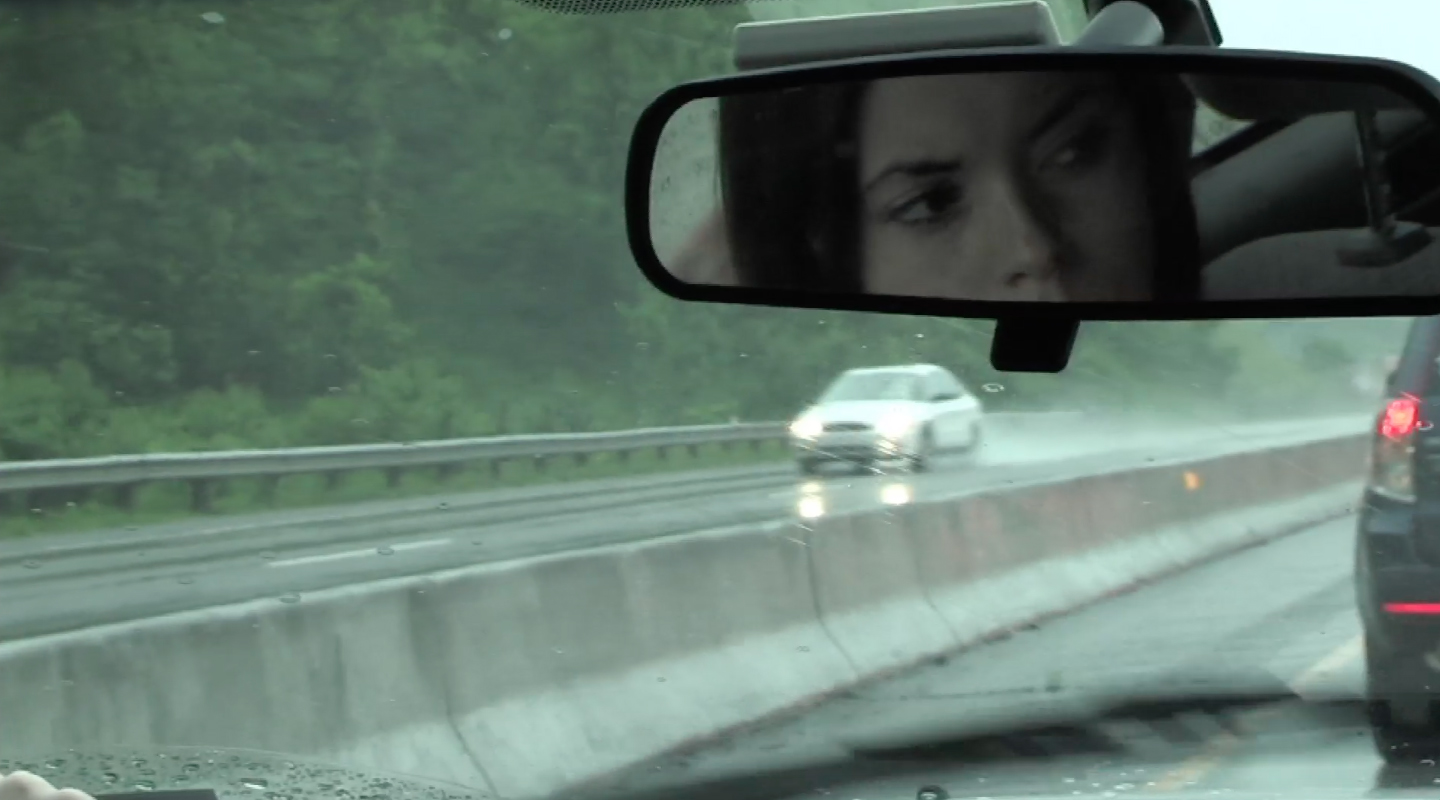 Much like this movie, the trip she takes with her best friend was unbearable to watch. Nicole brings the mood down when she asks her bestie why she was late to her birthday party? Give me a break. WHO CARES?  A grown ass woman asking “why were you late to my birthday party a year ago?” The friend’s answer is as cringe worthy as the question. She had hooked up with her teacher for a good grade and Nicole’s reaction is judgmental and harsh which really annoyed me too. Get over it. If you are going to be late to my birthday party in order to graduate, then please, by all means handle your business. Also- shout out the 2 documentarians  in the backseat THE WHOLE TIME  because there’s no way in HELL anyone would last 2 minutes filming my best friend and me, let alone filming an entire cross country road trip. We would drive any sane person bonkers. 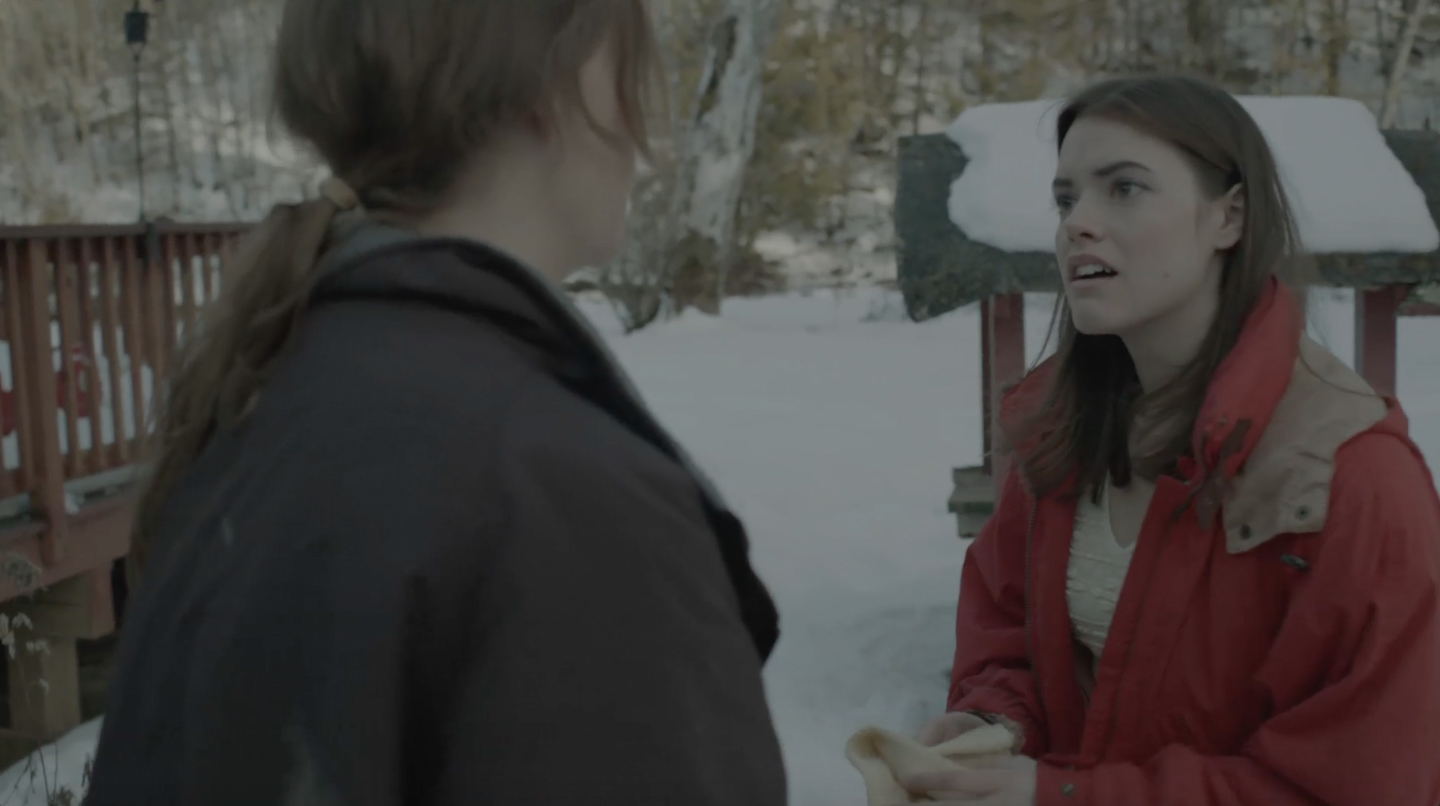 Her relationship with her best friend Jackie (Joanna Pickering) displayed a bit of distance. Nicole said shes a “closed book” and it was infuriating. No one is closed off with their best friend that is WHY they are your best friend!! The whole friendship dynamic was ridiculous. She would whine, “…but you’re my best friend…” but ignore her calls, keeps secrets and acts like a total bitch most of the time. If only Nicole Grace worked as feverishly at being a better person as she did at being a star…wait…did I just write a better story line?? Basically anything would be.

Nicole Grace arrives to Philadelphia and moves into this massive home. It’s run down and needs some maintenance, sure.  But it’s clearly over 1500 square feet and she complains the whole time. Listen, I would be DIYing the fuck out of that place. Find a handyman and make that shithole a home. Also, I was just thinking, “look bitch, my apartment in Hong Kong is 50 sq feet so spare me the dramatics, you’re in a huge space, it’s not that bad, make it work.”

This girl’s character is so annoying I could kill her myself. She’s privileged, closed off due to some traumatic past event and it seems like there was zero creativity involved in this film.Her agent in Philly gets her a gig and Nicole’s loses herself in the roles she is playing. The character she is playing has dealt with some trauma Nicole herself has personally experienced and it causes her to completely lose her shit.  Where is the method acting if you’re playing someone whose deepest darkest secrets are the same as yours? 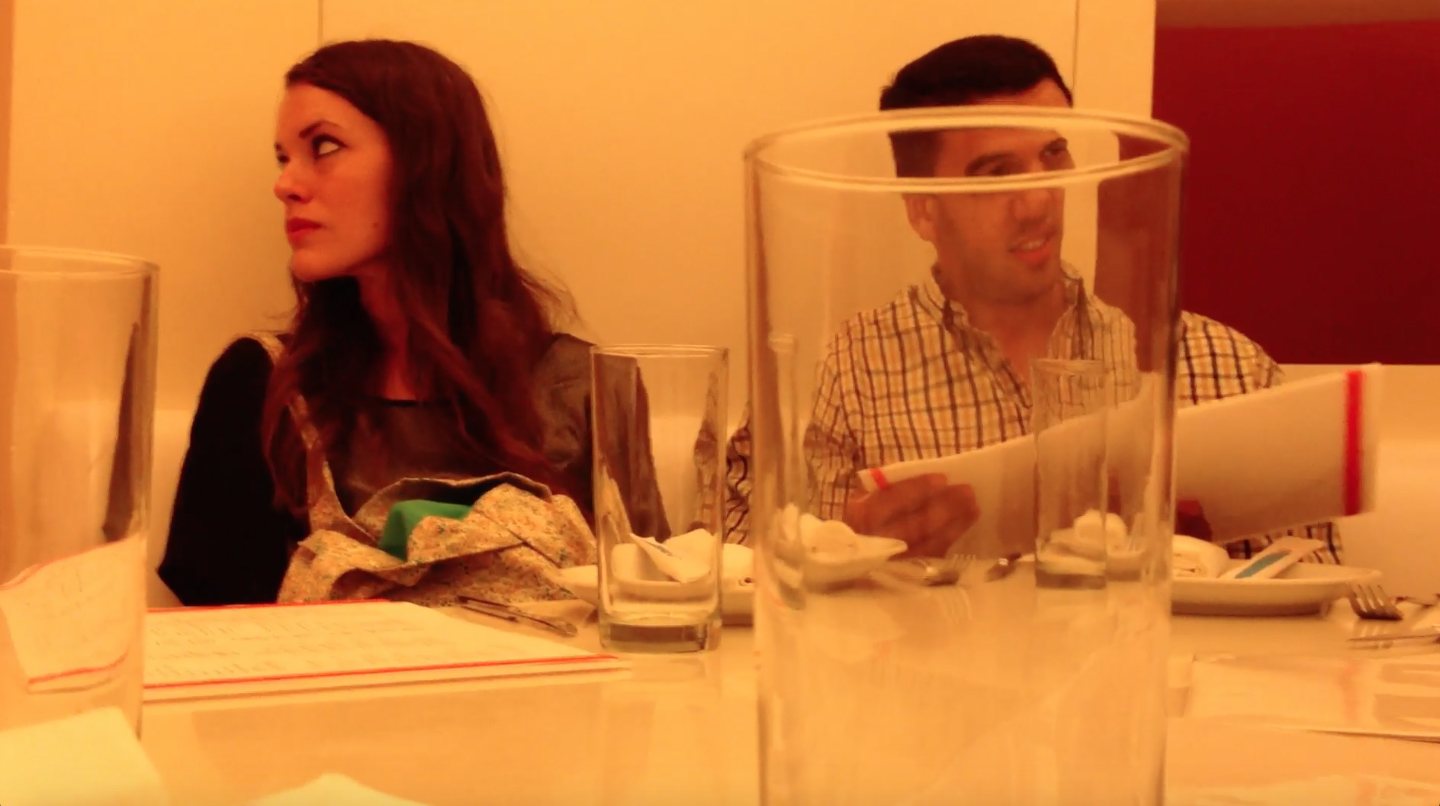 Nicole is really hellbent on approaching this role with method acting, for better or for worse. She makes her real life mimic the life of the dark character she needs to portray. She goes overboard, cuts off her family and friends and becomes a different person. I get method acting and how it can be an effective tool for developing a performance but she takes it too far and it is ultimately her demise.

Nicole Eckenroad was giving me serious Allison Williams vibes the whole time, but not in a good way. When she would talk, she sounded like Williams. The only difference being Williams can actually act. Oh and of course this character thinks she can sing too. There is this one part of the film where she is doing karaoke and it just sounds sooo edited and filtered. Why not just sit down and do a decent performance and showcase that you can sing? Or perhaps that editing is a cheap mask to make a non-singer, sing well. It was almost disappointing watching her because I would so much rather be dialed in on Williams.

“Leave Yourself Alone? More like leave this movie alone. Major waste of time.” 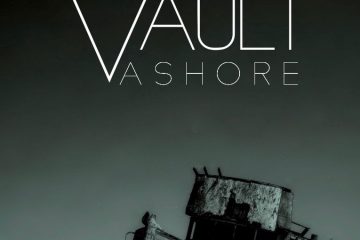