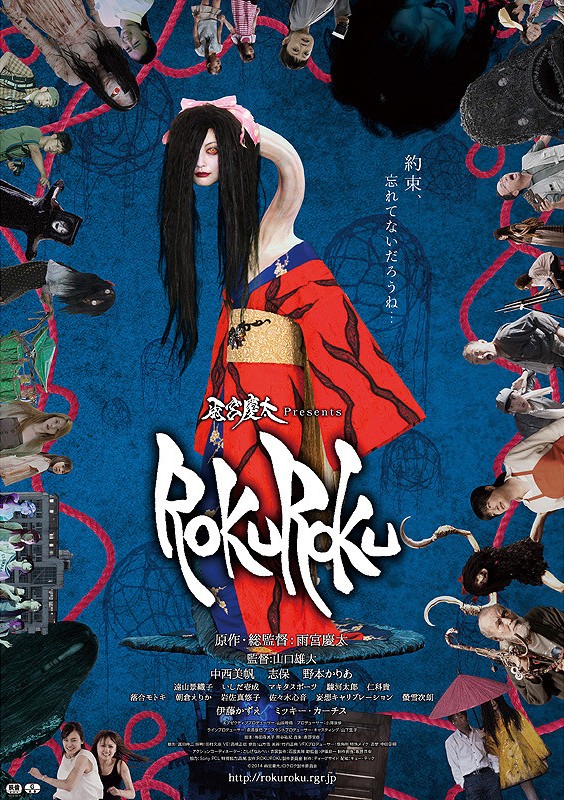 Fantasia Film Fest has been delivering the weird and wonderful as well as the scary this year. With a tonne of Japanese content this year I couldn’t pass up the chance to see at least one film from the country. What made me choose ROKUROKU: THE PROMISE OF THE WITCH I may never know, but I am glad I did.

If you are not very familiar with Japanese urban legends and Yokai (ghosts, monsters and supernatural creatures of all nature), I would suggest spending some time reading about them. Interesting, terrifying, hilarious and just plain bizarre, Japanese folklore is some of the best around. Some of the creatures in this film included a one-legged umbrella, a sea monster and a giant rolling head. With an entirely different culture from the west, comes an entirely different set of horror tropes.  With imagery we have come to know and love such as pale women and long black hair; ROKUROKU: THE PROMISE OF THE WITCH is J-horror, but on acid. 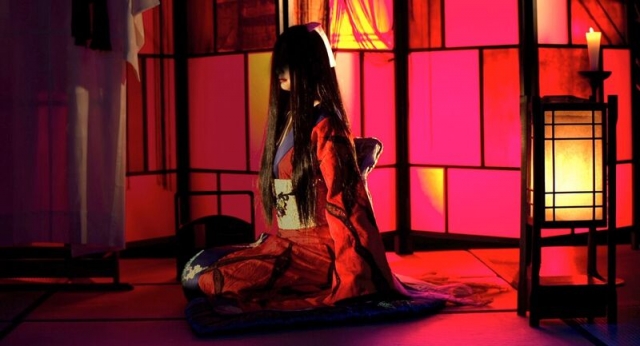 An anthology with a twist, ROKUROKU: THE PROMISE OF THE WITCH spans across time as residents of a city are confronted by evil creatures. As we get accustomed to all of the Yokai through vignettes, we also realise everything is centred around a moving hotel not unlike HOWL’S MOVING CASTLE. At the centre of it all is Izumi (Miho Nakanishi) a sweet woman whose raving grandpa (Mickey Curtis) constantly shakes a stick at seemingly invisible monsters, and whose childhood friend shows up out of the blue to rekindle a friendship. A promise made as children comes back to haunt Izumi as the Yokai encounters build up to an ultimate showdown.

Although an apt comparison would be to Takashi Miike’s 2005 to adventure film THE GREAT YOKAI WAR, ROKUROKU: THE PROMISE OF THE WITCH is definitely not fun for the whole family- just fun for fans of weird horror and creepy monsters. As wacky as the creatures are in this film, most of the people who cross their paths meet horrible deaths. 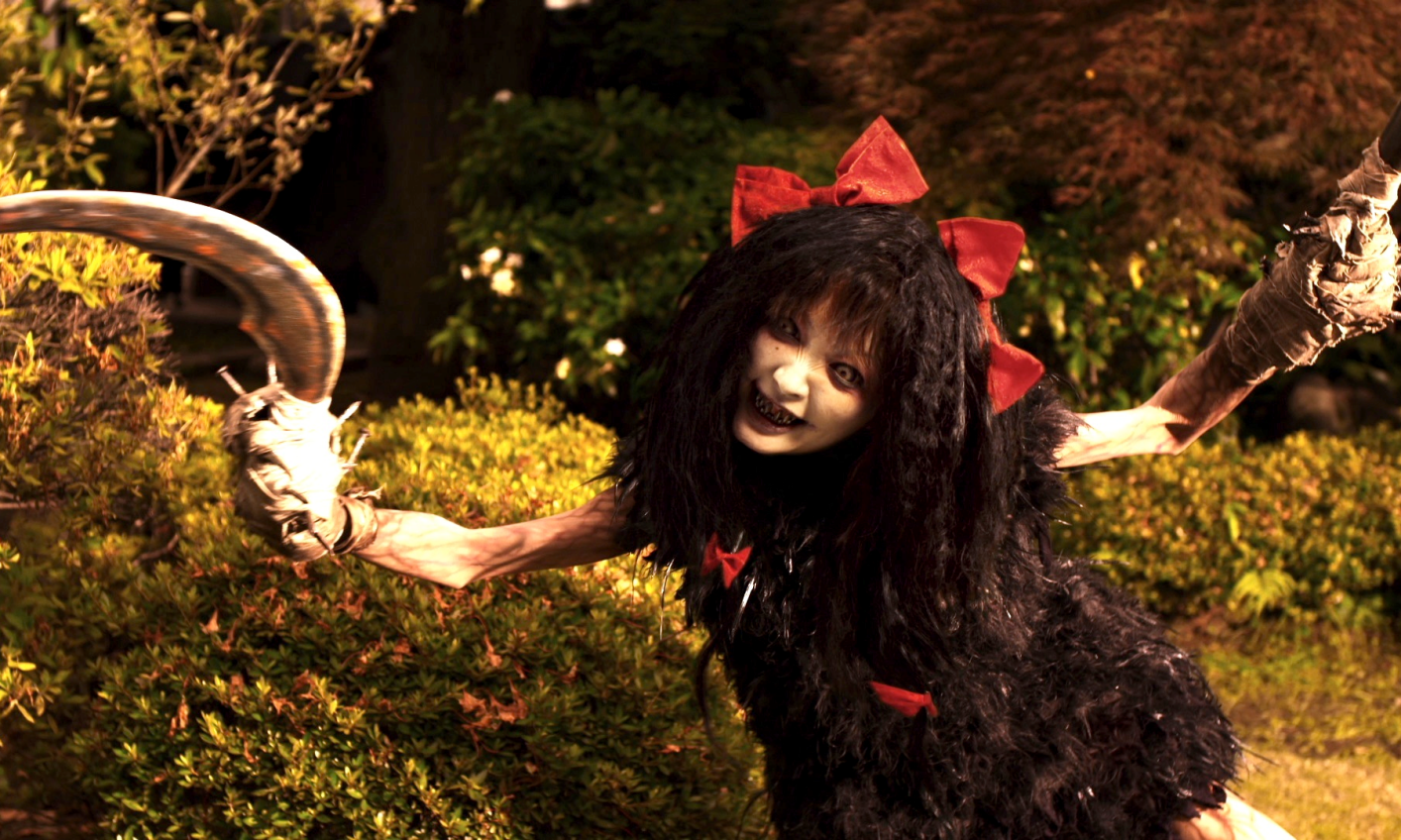 The film is Co-written and co-directed by Yudai Yamaguchi, who is known for exploitation splatter fests such as MEATBALL MACHINE and a memorable take on the old samurai movie in 2012’s THE ABC’S OF DEATH, and Keita Amemiya who has been a prolific fantasy film, television and video games creator since the 80s. With such an inventive team behind it you can see where this vibrantly colored nightmare of a film gets its personality.

Fans of cult classic HAUSU will certainly enjoy ROKUROKU: THE PROMISE OF THE WITCH, it has the same zaniness and charm, it also has the same kitschy effects. While the mix of makeup and costuming look cool, the low budget of the film reveals itself in the animation and CGI. To be honest while this is going to be a major deterrent for some, I liked it. I thought it added to the fun and the campiness of the film. Anyone looking for gruesome practical effects is also going to be disappointed, while the death toll piled up there was next to no gory scenes. The script didn’t take itself too seriously and while the actors gave sometimes silly, sometimes sincere performances, they were never bad performances. They were all in keeping with the playfulness of the entire film.

The joy of anthologies, no matter the quality, is that you never know what is going to happen next and this is true for ROKUROKU: THE PROMISE OF THE WITCH. Personally, I loved this movie, it was full of non-stop ‘WTF’ moments but never did I want to look away.

“ROKUROKU: THE PROMISE OF THE WITCH is J-horror, but on acid.”