Full disclosure, I was going to pass on reviewing this short film for FEAR FOREVER. Strictly on the basis that it is a little out of our wheelhouse. It’s not horror, genre, sci-fi or action. Do you know what it is? It’s a beautifully done spooky little tale that is great fun for the little ones. So for those horror purists who feel like this sticks out like a sore thumb on this site,  SUE ME! (please don’t sue me). Even the purist of horror fanatics will not be able to deny the feeling of being brought back to your childhood watching ARE YOU AFRAID OF THE DARK?, GOOSEBUMPS, and many of the Disney live action children horror like THE WATCHER IN THE WOODS (a personal fave of mine).

At it’s core, THE BLACK CAT is a tale of a home invader (the black cat) terrorizing its victim in the most cat-like way imaginable- sheer irritation and utter contempt. Ruskin (played by celebrated Indian actor Tom Alter in his final performance before his untimely passing on Sept 27 2017), are you trying to work on your book? I’ll just walk across your type writer. Oh Ruskin, are you trying to sleep? Let me just jump on you, massage you with my sharp claws and run around the room like its on fire. You know…typical feline mental warfare.

Ruskin Bond is not a big fan of cats to begin with. Earlier, he was telling the antique store owner, where he bought a very unique broom, how obstinate he felt cats were. Just his luck that this black cat would choose him as “his owner”, right?  I’m not sure why Ruskin is so against the cats that live in his neighborhood, aside from the antique owner, the cats are the only interaction he has.

That is until the quirky Mrs Bellows turns up at his door, looking for her black cat.  Ruskin is more than glad to return the nuisance to it’s rightful owner.  Even stranger than Mrs Bellows, is the bizarre and magical potion she drinks while visiting Ruskins house to collect her black cat. Like many people when they drink, this concoction gives us further insight into what exactly Mrs Bellows is all about and who she is.

The production design is brilliant. It really shapes the story which on it’s own would be too simplistic without those sumptuous details in the design.  The acting is over the top, as is par for the course with children’s horror. This is a great film for children. So much so that it was released on Children’s Day on November 14th across India.  I also want to give props to the team behind this, because bless any film crew that has the patience to work with not one, but two cats!

If you have little monsters between 6-10 I think they will really dig this film and you yourself will be transported back to that time when you were discovering horror in its more supernatural and fantastical form.

“Where the film lacks in gore and scares it more than makes up for in old world charm, whimsy and witchy goodness.” 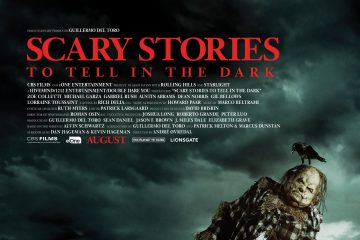 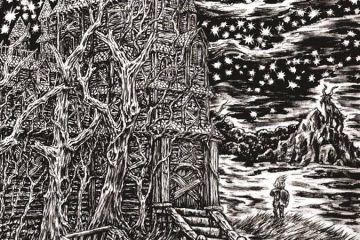 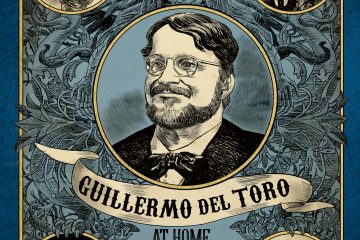