One of the strangest genre offerings this year would have to be Jenn Wexler’s THE RANGER. After making its debut at SXSW earlier this year, this unusual little film has been making the rounds on the festival circuit ever since. It’s not a perfect film, but it’s something different, and an attempt at something I haven’t seen in a long time. If you like your films a little reality adjacent, this one is for you.

The film starts with a cold open of a little girl named Chelsea (Jete Laurence) sitting on a lookout point with a park ranger (Jeremy Holm) at her side. It’s a quiet, bucolic setting, although it’s clear that something isn’t right. The girl has a look of unease, and the ranger is trying to comfort her by calling her “little wolf” and assuring her that they “did everything we could”. What starts off as an almost fatherly vibe, shifts to an almost pedophilic vibe when the two enter his cabin. The ranger makes her a sandwich with “no crust”, and he’s singing an eerie 50’s tune about the most beautiful girl in the world. After a little uncomfortable conversation followed by silence, we see red and blue lights out the window as the police pound on the door. 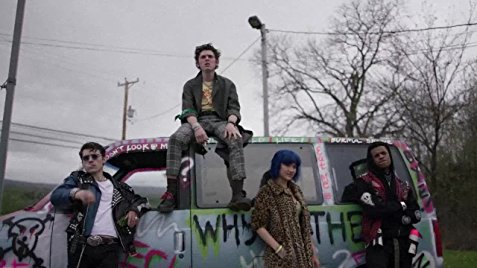 Cut to the present day, even if it feels more like the 1980’s. A group of punk kids, now led by a teen Chelsea (Chloe Levine), are partying the night away in a seedy rock club. As the music pounds, the teens are snorting a pink substance they call “Echo”. It’s unclear what exactly it is, but it seems to have an effect similar to ecstasy on the youths. This is where the film takes on a heightened reality, not seen in a few decades. Any fans of RETURN OF THE LIVING DEAD, or STREET TRASH will see these influences almost immediately. It’s a punk rock horror film.

As the punks are getting high and acting stupid, the club gets raided and Chelsea escapes into an alley…or so she thought. She is grabbed by a police officer, until her boyfriend Garth (Granit Lahu) appears, stabbing the officer in the chest. The cop calls in the assault, and describes Chelsea to a T, complete with her flagrant pink hair. It’s time for the gang to skip town. Chelsea reveals that she has a cabin in the woods that was once owned by her deceased uncle. Chelsea is very reluctant to go, but everyone else seems to think that this is their salvation. 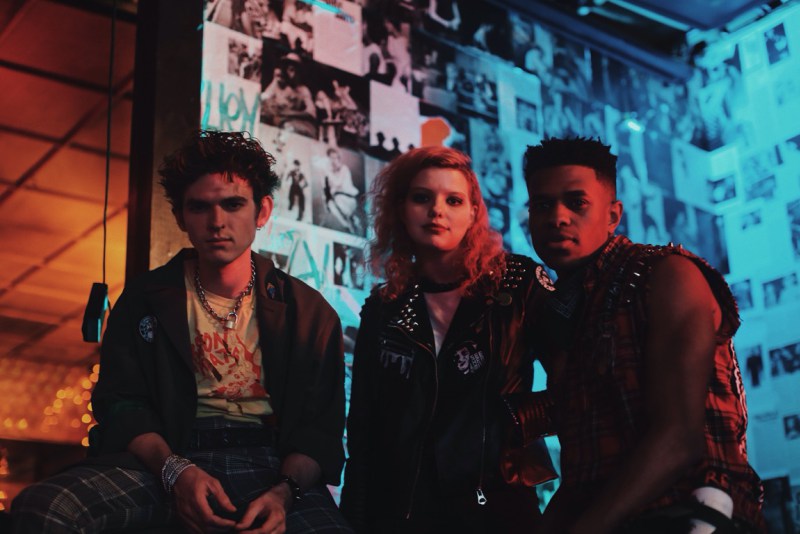 On the way to the cabin the gang stops for provisions. It’s at this moment that Chelsea hears a voice that stops her dead in her tracks. All she can see is his hat from the back of the store, but the voice is unmistakably the ranger from the opening. He sees Chelsea and the two exchange pleasantries, and it’s clear that he recognizes her. The audience thinks that this is going to go very badly, but he’s actually quite pleasant. He does seem to take his job VERY seriously…maybe too seriously. We realize that this man may be dangerous, when he confronts Grant about littering, citing the park code to the letter! It’s at this moment that I was reminded of another early punk film PSYCHO COP RETURNS. I don’t know if the Ranger is satanic, but he’s definitely gonna enforce the law.

The title of THE RANGER gives you enough to go on without knowing anything else. A group of punk teens enter the woods, only to be tormented by a demented and unstable park ranger. I say “punk” teens quite literally; it’s not a euphemism. Once in the cabin, the teens realize that these are his woods, and of course as disrespectful punks, they don’t play by the rules. One by one he finds them guilty of infractions that are grounds for execution. The dismissals range from some creative use of a bear trap, to the straightforward use of a hunting rifle. The glee he gets from exacting his vengeance is humorous in the most unsettling of ways. Again, PSYCHO COP RETURNS was on my mind.

Once his true motives are revealed, this is when things got very interesting for me. He begins to play out some psycho-sexual fantasies, which are quite disturbing. This part of the story gives you just enough to let your imagination run wild, and mine did for sure! I wish that this part of the story would’ve been more of a focus, because this is the moment when all the humor from earlier was erased. It becomes clear that he has some big bad plans for Chelsea. 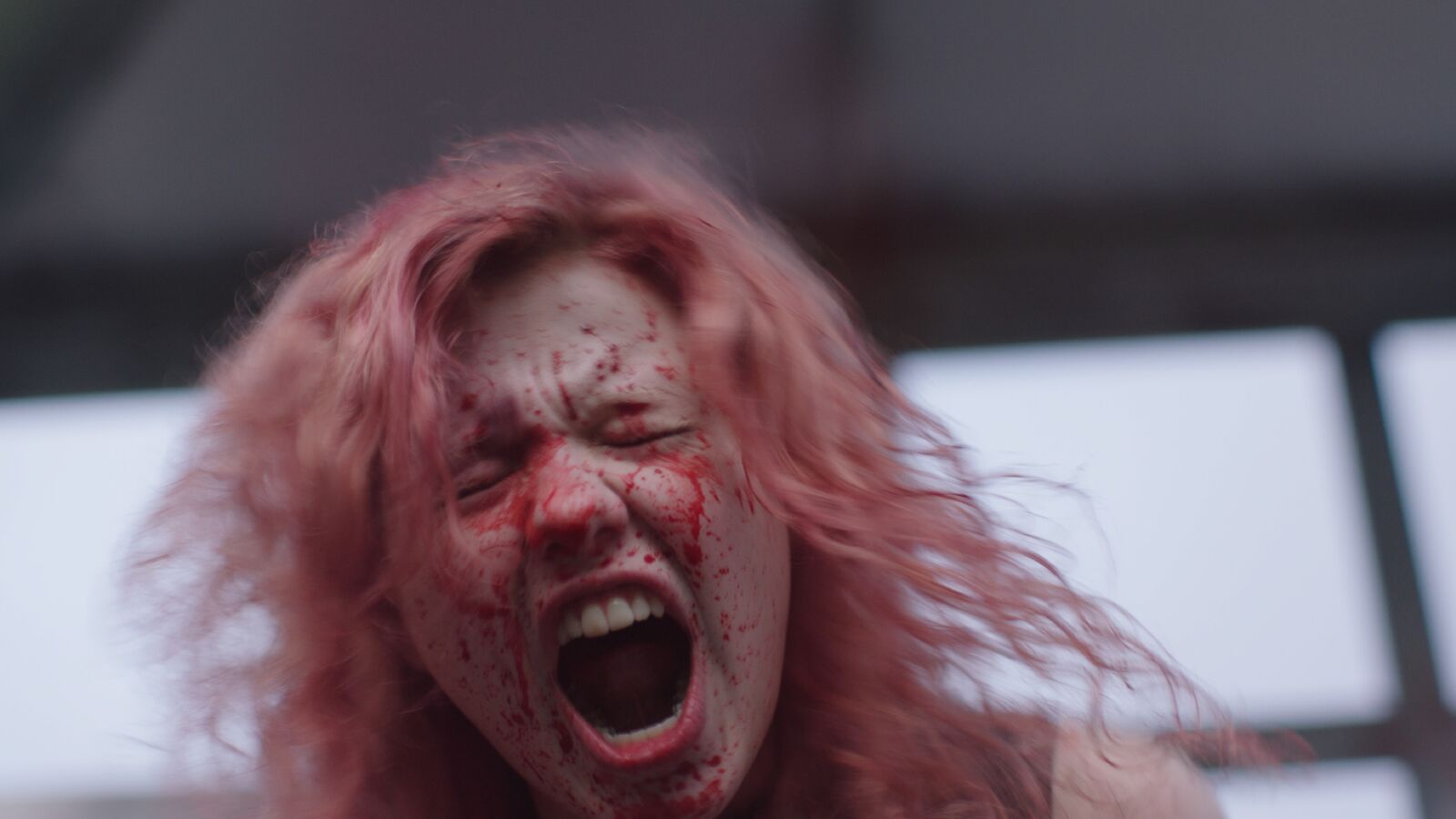 This film is for a pretty eclectic taste. It’s not a horror comedy although it’s funny, and it’s not an 80’s nostalgia film although it also has plenty. THE RANGER embraces all of its influences and nostalgia while also throwing them out the window. It’s a film that took me a few days to distill. Not because it was complex or heady, but rather because it threw something at me that felt very original, yet also familiar.

Jenn Wexler has been a producing partner, and creative influence for most of the films of Mickey Keating. If you are familiar with his work (DARLING, CARNAGE PARK, PSYCHOPATHS) you’ll see tonal similarities. Both directors have a way of augmenting reality ever so slightly, while still staying true to their narrative. Again, it’s not a perfect film. If any of the films mentioned earlier as references get you excited, see THE RANGER. If you’ve never heard of those, or despise them, this one is not for you.

“THE RANGER embraces all of its influences & nostalgia while also throwing them out the window. ”

CONTEST: WHAT KEEPS YOU ALIVE (TORONTO ONLY, SORRY!)