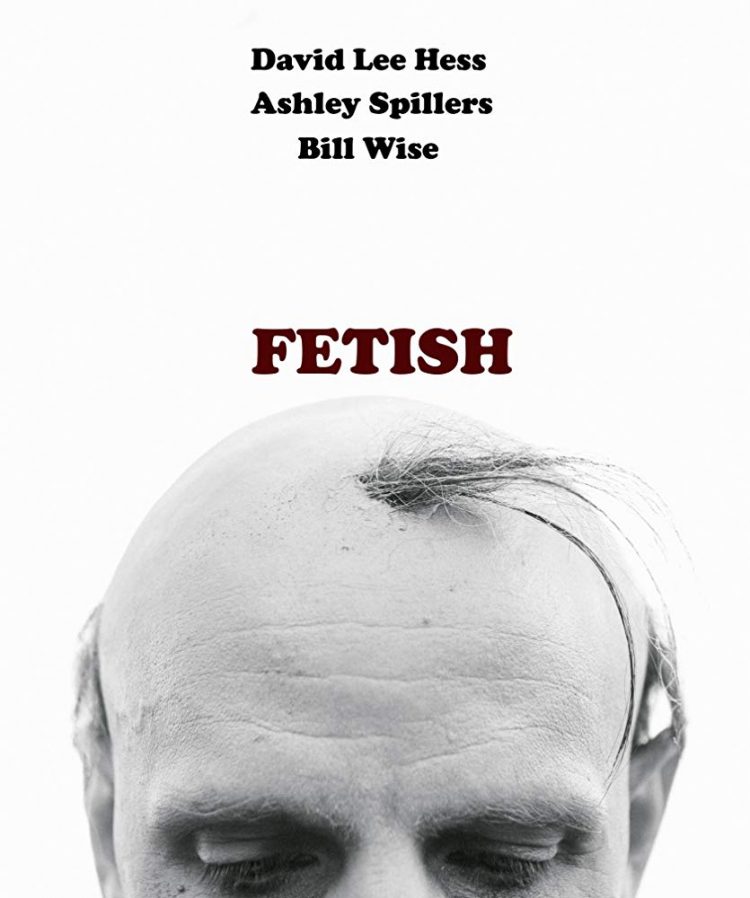 Our interview with DAVID LEE HESS was so good that we had to break it in two, rather then chop it down to one part.  In part two we talk about his film FETISH, which plays the Telluride Horror Show on Saturday for their “Something Wicked This Way Comes: Shorts Block” and it is NOT to be missed. Also, David will be in attendance if you want to meet the man yourself!

FF: I want to get into your short film FETISH, which has honestly been one of my favorite short films this year. How did you come up with that idea?

DLH: It came about in phases…the dumbest answer is that I was doing a commercial. There was a gag in it where I had funny hair…it was very much like what I ended up with in the film. It was odd how it looked, and it was supposed to be a bald gag but it didn’t really work, so I had these strands of hair. I took a selfie and keep saying “god, I love that guy”.  I just thought, I want to know more about this guy. Then it was just a process of writing him out. I always knew what the ending was gonna be, so that was sort of the north star of the writing process.

FF: The hair…It’s never addressed and it’s not really a focus of the film, but the character is so likeable. Aside from the guy in the commercial, what is the deal with that hair?!

DLH: It’s funny that you say that, because you’re one of the few people that do bring it up. It’s odd the amount of times that we’ve screened it in different places and almost no one asks, “What the hell is up with that hair?” It surprises me a lot. We felt that the hair would be really hard to get around, and almost everyone accepts it….maybe because he is likeable. Maybe 3 or 4 people have mentioned it. 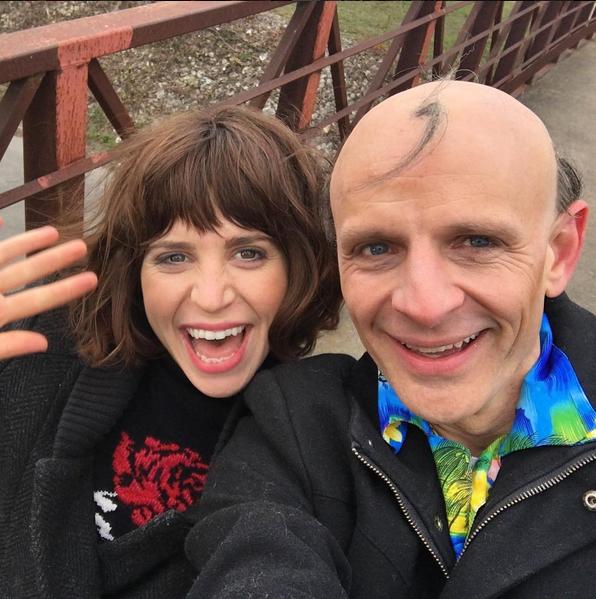 FF: I didn’t find it distracting, it was just one of those things in the back of your mind. He is so likeable that maybe we’re just willing to overlook these superficial flaws as an audience.

DLH: Yeah, it’s been kind of a struggle. As you know, we’re headed to Telluride, and I don’t tell anyone that it’s a horror fest. I think of it as a dark comedy. It’s funny, but I’m a little nervous to screen at Telluride. They assure me it’ll be fine, because they screen a lot of funny stuff and left of center material. This is a hardcore festival. The people coming out to this little western town aren’t fucking around with horror. They know it, they love it, and it’s long for a short. You have to get through the whole thing to get any sort of horror payoff. That’s a really good question… but I consider it dark comedy. 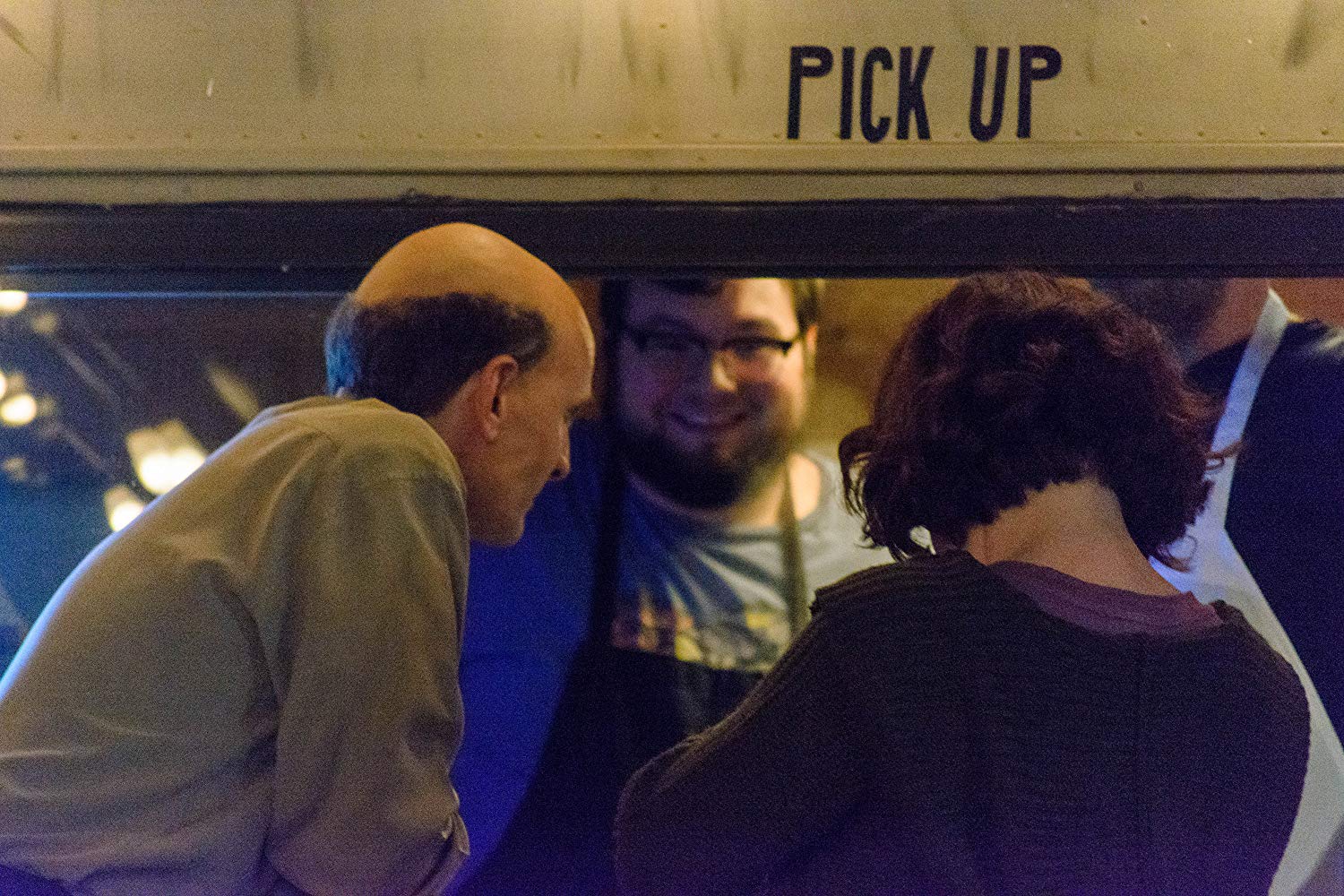 FF: Where else has the film screened?

DLH: We were accepted to the New Filmmakers Festival here in LA, but it hasn’t screened yet. We were accepted to Atlanta Shorts Fest and we won an award there…Best Horror Comedy…so there you go, they mix it up. Then of course Telluride, and Austin in October.

FF: What’s next for you? Are you looking to do more acting, or a little more behind the camera?

DLH: Mostly acting for now, and maybe some writing. The thing about directing my first movie at the age of (intentionally inaudible) is that I’m not in any rush to start a career directing. Acting is my main pursuit. I just do what you do in LA. Audition all the time and work all the time. That being said, I’d really like to do it again. I have some ideas that aren’t too expensive. It’s exciting, and amazing, and daunting, and awful and it tears a little bit of your soul away in the end (laughing). But it was so much fun and so fulfilling. 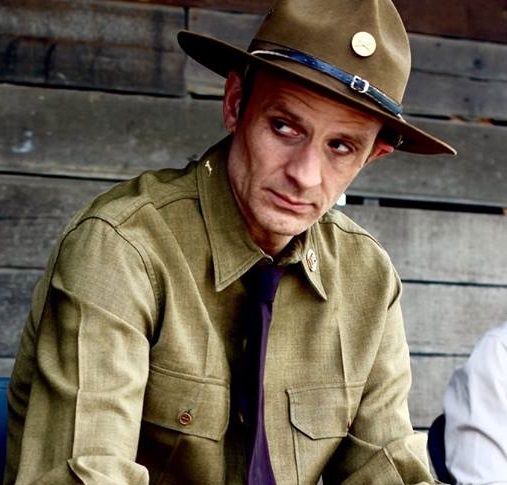 FF: Since we’re a horror film website, what are some of your favorite horror films or influences on you?

DLH: Ahhh….God!! Well broadly, I really like looking to the future. Not necessarily my favorites, but these movies that are sort of dispersing the traditional one monster point of view. You go from Michael (Myers), Jason (Voorhees), and Freddy(Krueger) into things that are more like THE BABADOOK, IT FOLLOWS, or IT COMES AT NIGHT where the monster is more dispersed, and it gets closer to that feeling of dread or panic. Just dislocated fear which is more existential I guess….I also love clowns (laughing)!! And stuff that’s just like…POW…THE DEVIL’S REJECTS…I could talk about horror all day.

FF: Anything you want to tell the readers, or anything else you’re working on?

DLH:  Yeah, if anyone is going to Telluride we’ll see you there. DERELICTS will be playing in the Netherlands. And I think that’s about it.

FF: It’s been great talking to you and I really enjoyed all the films.

DLH: Thanks for talking to me.