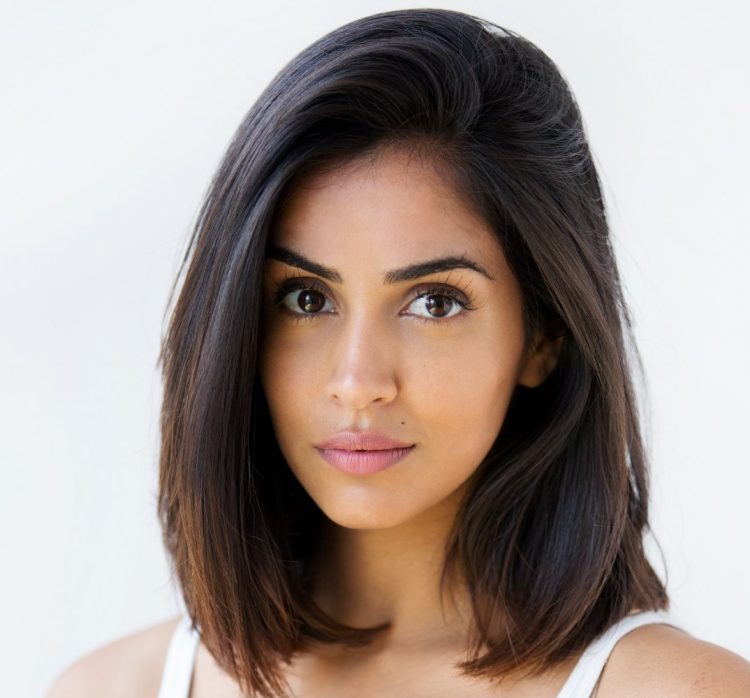 As a lover of sci-fi and horror,  you will have seen Parveen Kaur grace the screen on shows like THE STRAIN, AMERICAN GODS and DEFIANCE.  Parveens talent and work extends far beyond the screen as she is a very vocal advocate for the recognition of women of colour in film and television. Her efforts are being recognized at this years 2017 Mississauga International South Asian Film Festival (MISAFF) which runs August 3-6.

With so much on the go, I had Parveen chisel out a little time to talk about her start as an a actress, her contributions to the genres of sci-fi and horror, and why advocating for women of color in film and television is a cause she wants to bring to the forefront of mainstream media.

Fear Forever: You are from British Columbia, Canada which has a thriving film industry. What made you decide to move to Toronto to pursue your acting career?

Parveen Kaur: I left BC when I was 18 and at the time the decision for leaving was more of wanting to get out of the small town I grew up in, in the Okanagan Valley and discover who I was and wanting to figure out my identity. Through that the stars sort of aligned and I began acting in Toronto. 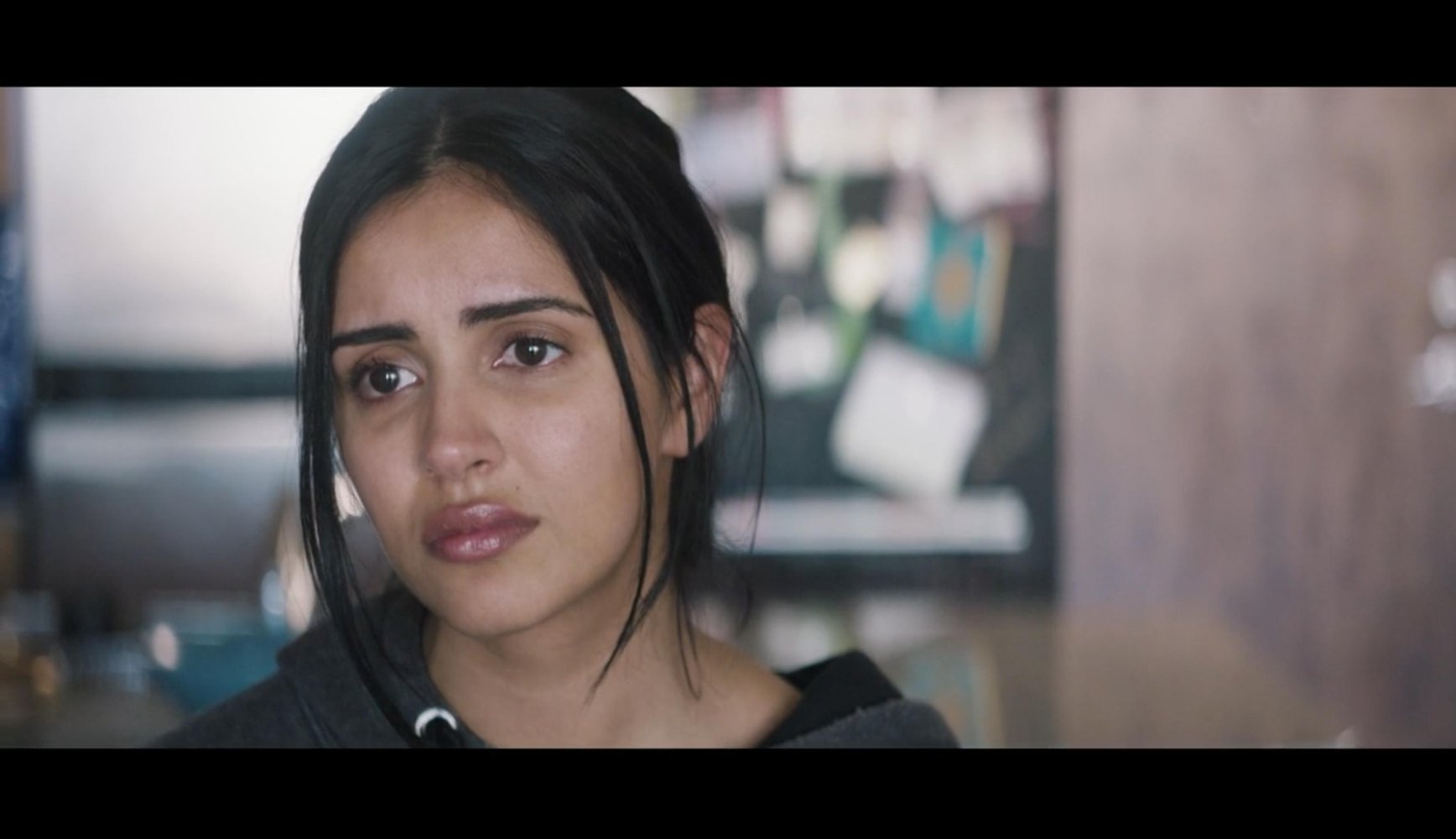 FF: You have had a lot of roles in horror and sci-fi television series. Were you already a fan of those genres ?

PK: I have and it’s been so great! The sci-fi genre is interesting because it’s always been diverse in casting and probably one of the better genres that has an accurate portrayal of people in society, and so naturally I ended up getting my start there.

FF: What are some of your favorite horror and sci-fi films?

PK: Favorite horror… THE WITCH! I really loved that movie. I still remember watching THE BLAIR WITCH  PROJECT as a kid too.

FF: You played Aanya Gupta on THE STRAIN. What did you do to prepare for the role?

PK: The Strain was my first big job on a TV series. I had never been on a set so big as well as working with such huge names in acting.  I was terrified! The beauty of sci-fi and horror, is the worlds are so big and as an actor you can really stretch your imagination as far and as wide as you like. The Strain was my first opportunity to do that. 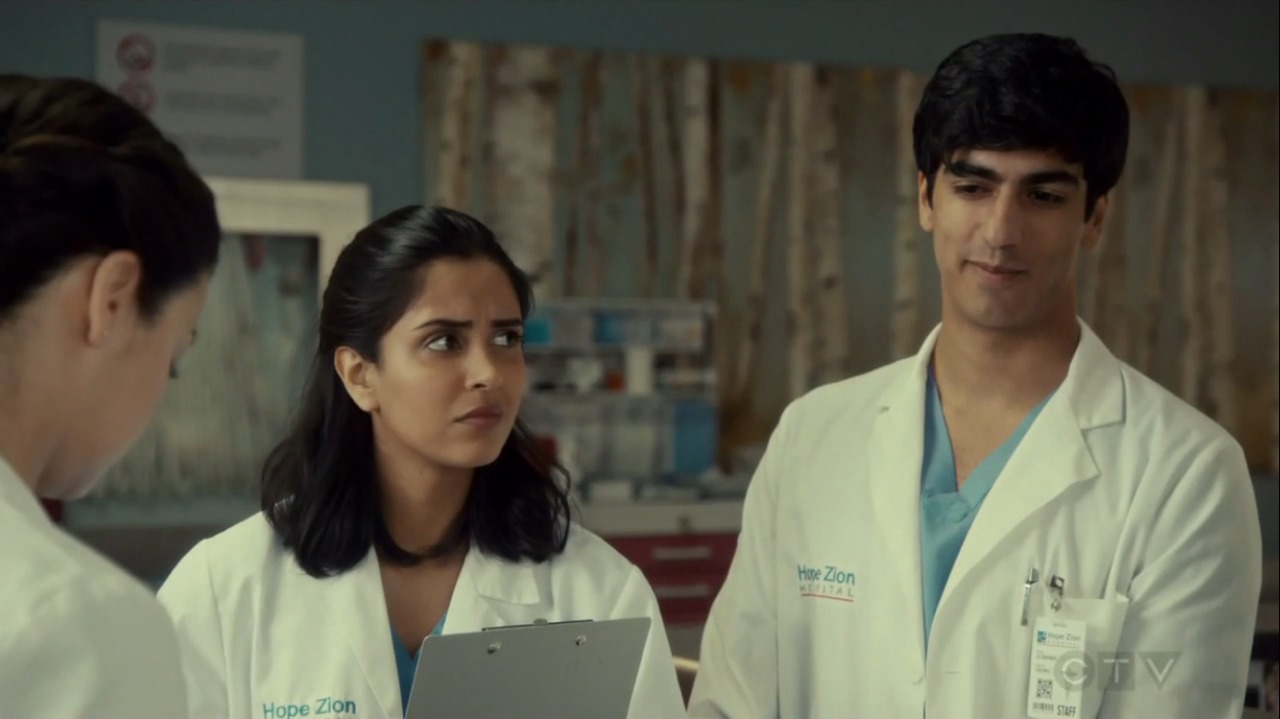 FF: For your role as Dr. Asha Mirani on SAVING HOPE, did you spend any time shadowing real doctors to ensure your performance was as authentic and accurate as possible?

PK: Oh yes!!! My family Doctor invited me to come watch him perform a C-section in the ER!

PK: It was amazing. Being able to witnessing life being brought into the world, it was surreal.

FF: Most recently you appeared on AMERICAN GODS. Can you speak about what working on that series was like?

PK: It was great! The cast is amazing, the sets were insane– probably the most collaborative show I’ve been on. 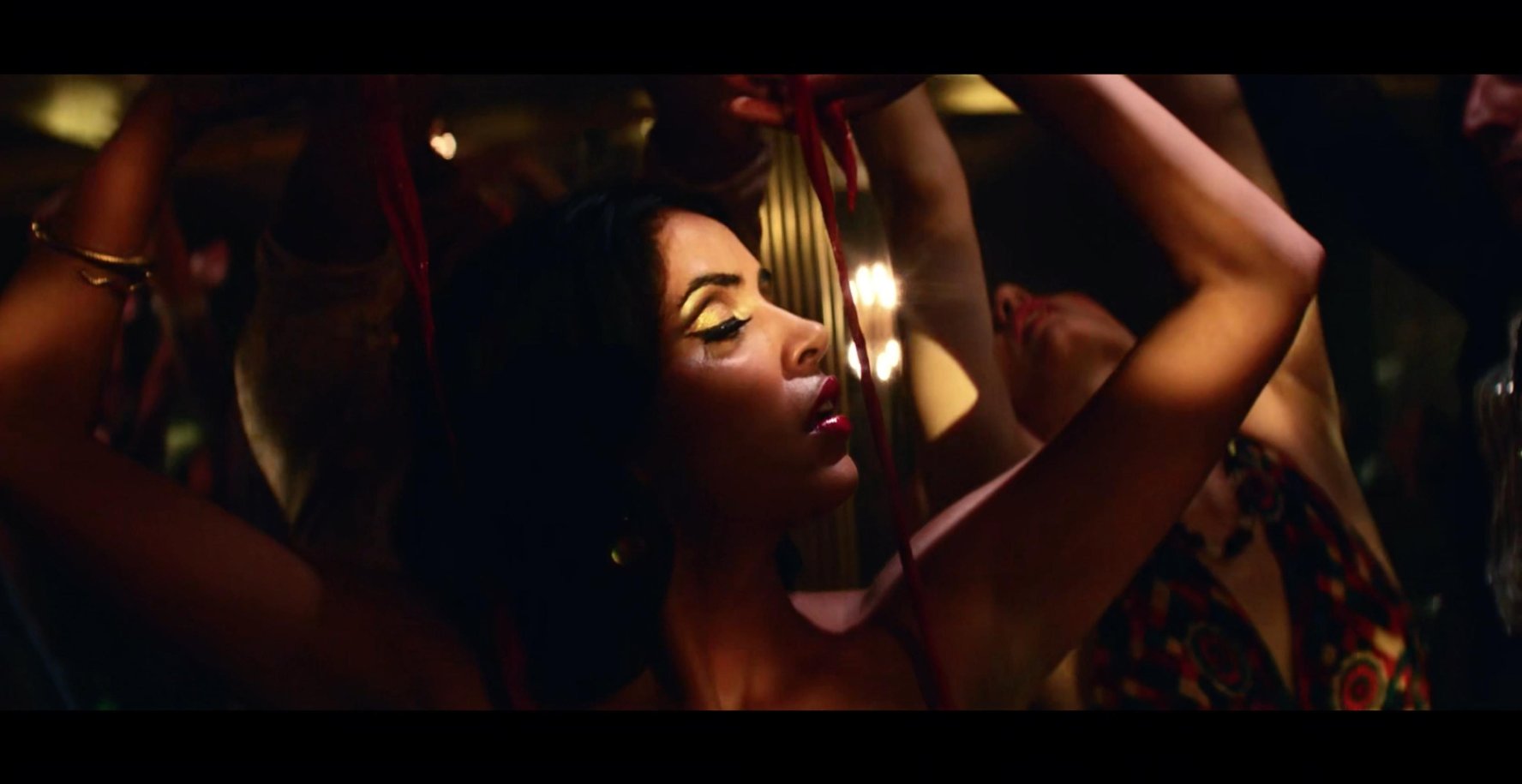 FF: You are being awarded the 2017 MISAFF Star presented by ACTRA for your continued and active work focusing to create space for positive representations of women of colour in film and television in Canada and abroad. Can you tell us about what makes you passionate about this aspect of your work?

PK: I think we all struggle with what it is we can do to make change and sometimes it feels like there isn’t anything significant you can do. So for me, trying to shift the image of people of colour in a space such as Film/TV which is SO influential, is extremely important and the one way I can contribute. Being an actor is great and it is a lot of fun and you get all these wonderful experiences, but I really try to tell myself that there is a bigger picture in all of this, and that I have a responsibility to myself and to others in my community to put out work that is progressive and start making the shift of seeing more people of colour in roles that we haven’t always been accepted in.

FF: What initiatives do you have planned and have already put into place to continue to move forward and create awareness and make changes to the industry to better this issue?

PK: I think there is a lot of power in saying NO. I have said no to projects that I feel aren’t representing my community fairly or projecting the same image and narrative that is not moving us forward. When you can say no and explain why, you start to open up a dialogue. You have to fight for what you believe in and sometimes it might mean losing a job, but at least there was some awareness as to why you may or may not take that job. And eventually, bigger opportunities start to open up and you have more of a platform to push for things you believe in. 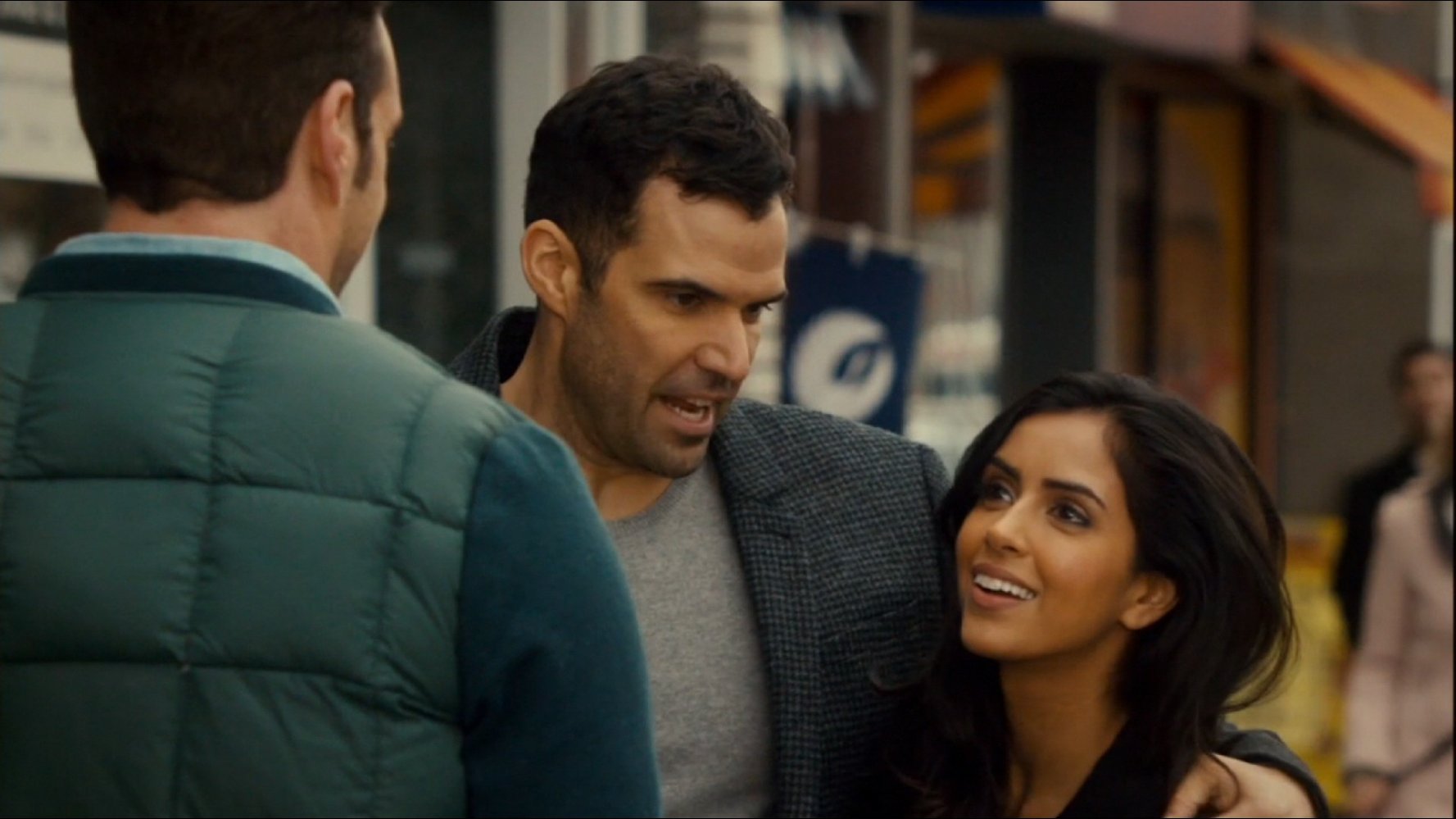 FF: Mosaic International South Asian Film Festival (MISAFF) has a great lineup this year! Why is this festival so important to you and what are you most looking forward to at it this year?

PK: I am so looking forward to watching as many films as possible! I love movies, and going to the cinema is one of my favorite things to do. It’s going to be great and it’s extra special when it is your own community shining. It’s very meaningful. 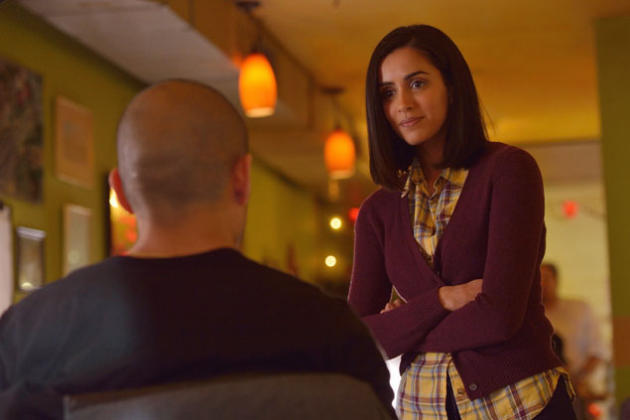 PK: You can catch me on season 2 of CBC’s WORKIN’ MOMS and a feature film coming out, ACQUAINTED with Giacomo Gianniotti and Adelaide Kane.

FF: Is there anything else about yourself, your career or your future projects you would like our readers to know?

PK: I just hope I get the opportunity to continue to do good work and be part of projects that excite and inspire people! 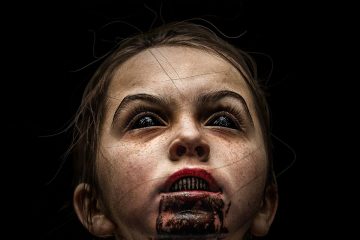