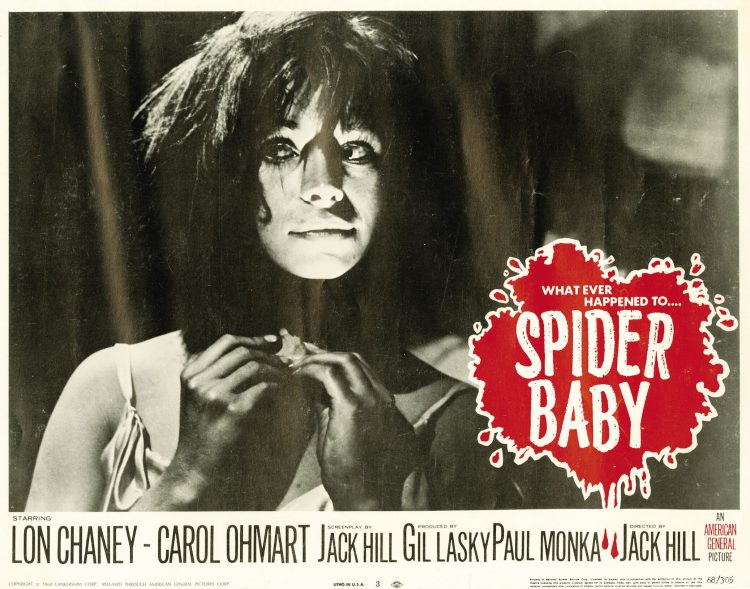 The film stars horror legends Lon Chaney Jr. (THE WOLFMAN, FRANKENSTEIN MEETS THE WOLFMAN) and Sid Haig (HOUSE OF A THOUSAND CORPSES, THE DEVILS REJECTS) and is the story of a family that is well to do financially, and less so mentally.  There are people who try to help and some come to prey on the Merrye family, and this will lead to terrifying situations for all.

The film has reached cult status not only because of it’s ultra bizarre story line, but its legendary performances. Our host for 66 Horror Flix, director Jim Towns,  adores this film to no end so lets let him tell you what makes SPIDER BABY such an important film and one that is a must-see.