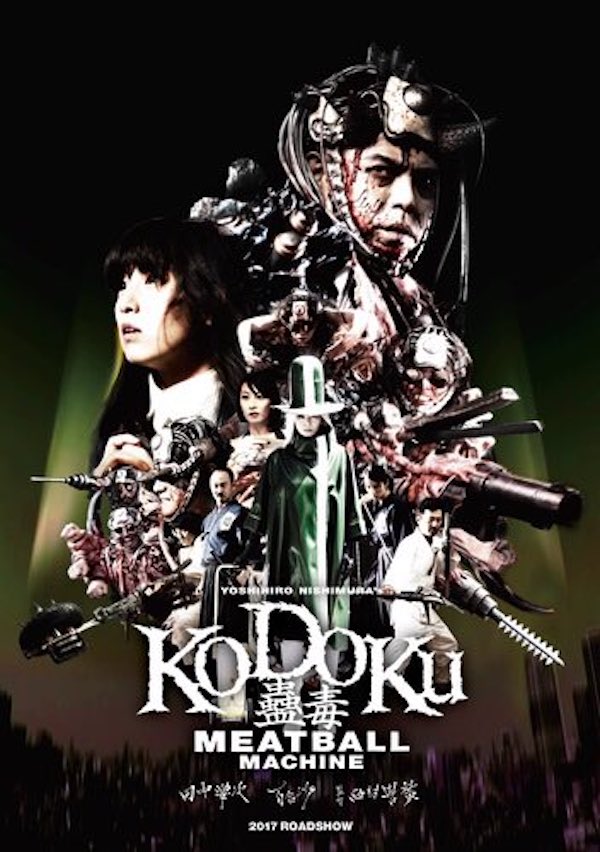 You may be asking yourself, whats the film about? I’m still asking myself that same question as the plot is a bit all over the place and muddy. To be fair you shouldn’t really go into a splatter film looking for a lot of sense to be made.  Its about raising the bar for crazy visuals and upping the ante on the scale of gonzo that Japanese splatter uses as a measure. The more bizarre the better and let me tell you, this film is BIZARRE. 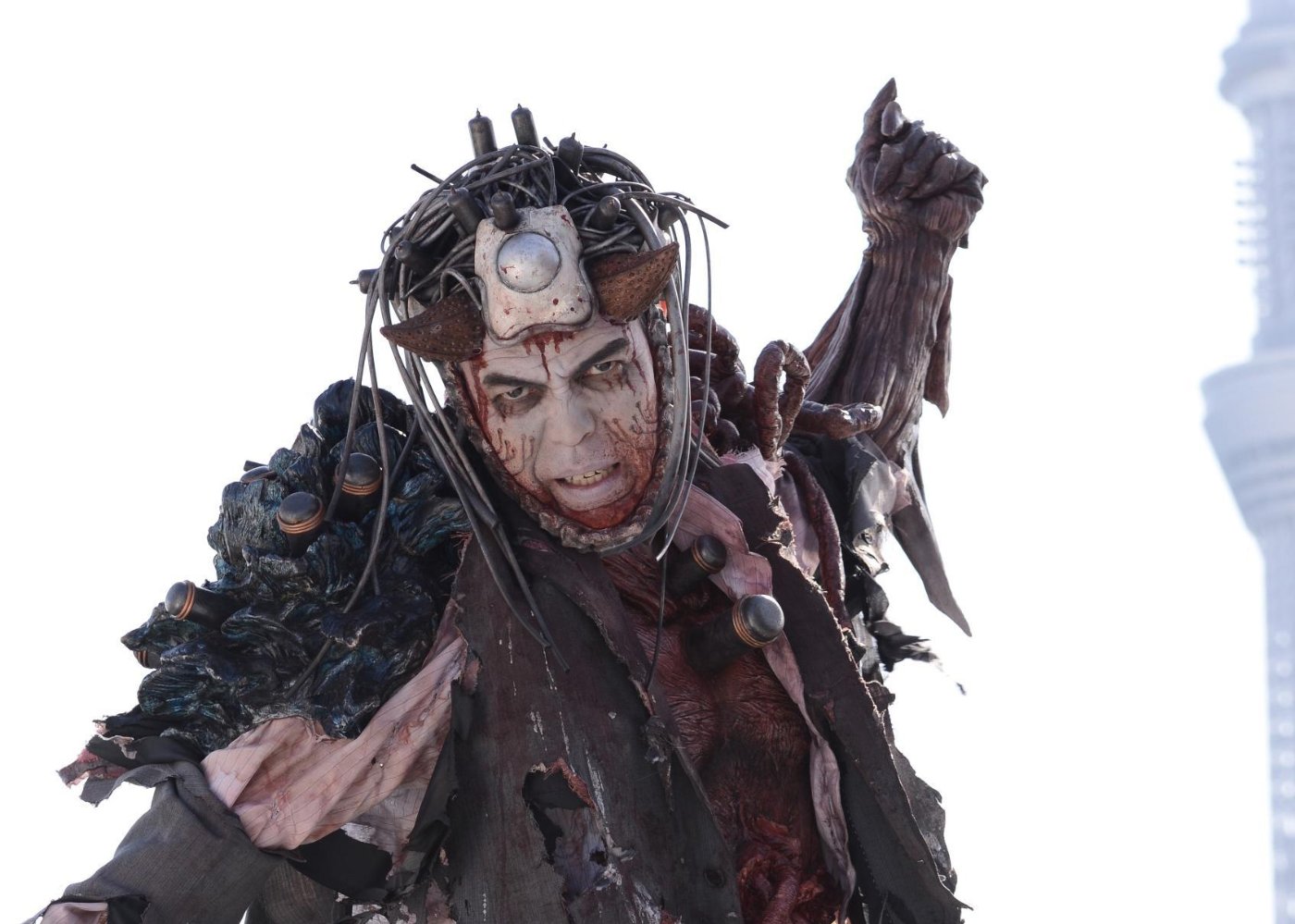 The issue I had with this film is that the story is really the last thing that matters and at about the half way point, everything and everyone is so blood drenched that I can’t make out who’s who and who’s doing what. The screen became a sea of red limbs and faces writhing around but now without context or without an end goal. I ended up giving up on trying to follow our characters and just laid back and checked out.

That’s not to say that I didn’t enjoy this film. It had many great qualities, one being the AMAZING costumes! From the woman in the big hat and 60’s style overcoat to all the GWAR-esque pieces that our characters don once they become robot/creature hybrids. 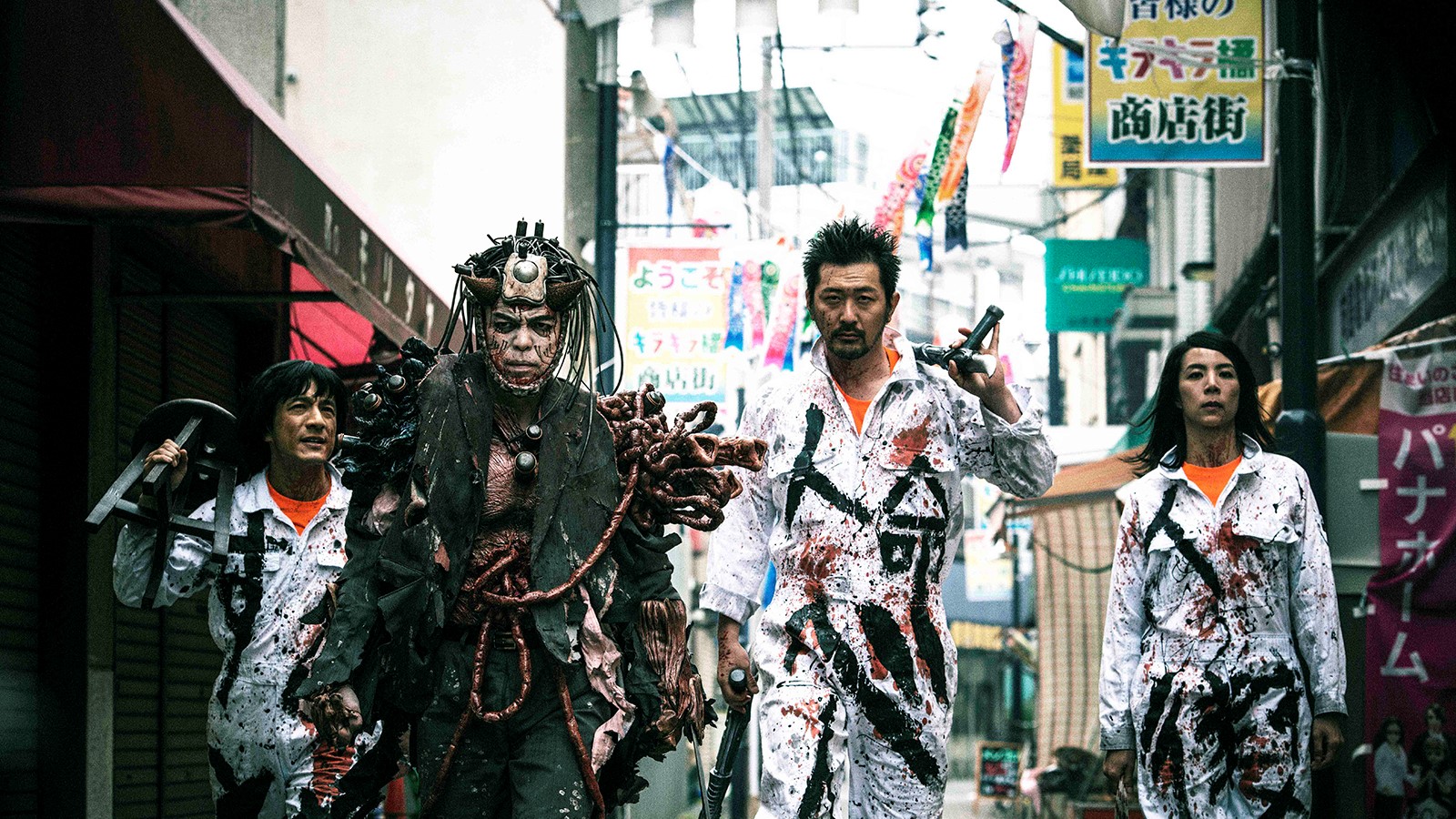 Another great thing about this movie is the insanely catchy music in the film that I STILL catch myself humming. Its somewhere between Klezmer, some kind of communist diddy, and a folk tune by Danny Elfman. Does that make sense? No, none at all. Like I said, just lay back, check out and enjoy.

That advice is best applied to the entire movie. It can also be applied to the video review we have with YOUR GEEK NEWS for your viewing pleasure (or displeasure?) below. So sit back, grab a glass of meatballs and enjoy!

CONTEST: WIN A PASS TO THE MARIO BAVA RETROSPECTIVE AT THE ROYAL CINEMA TORONTO!