LEVEL is a 2017 short film written and directed by Andrew Hunt. After appearing as an official selection at nine film festivals earlier this year, along with winning an award, the film has now been released online.

LEVEL begins with a relatively simple premise: a man find himself trapped in an abandoned building. Whilst exploring his surroundings he is attacked and killed by a mutated human-like monster. The change of pace happens when he wakes up on the bathroom floor. It’s GROUNDHOG DAY for the man as he repeatedly gets attacked by monsters and finds useful things around the building to aid him in his survival (with the help of a trusty cockroach, of course).

The film takes another interesting turn when the man tries to exit a room. An invisible barrier stops him, emitting blue sparks when he tries to break his way through. It’s at this point that the film leaves its simple cat and mouse game and moves into a more science fiction realm. Suddenly the film feels like an episode of BLACK MIRROR, albeit a more simplistic version. LEVEL is a tense foray into survival horror with an ending you’ll never see coming. 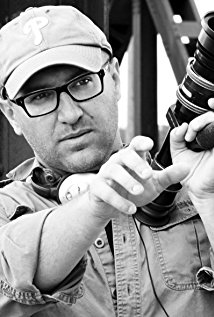 The sound design of this film is its strongest element. The sound effects and music have been meticulously crafted to heighten the tenseness of the situation our protagonist finds himself in. Whether it be the echoes that accompany every action, the electrical hums and static of the barrier and most notably the insect-like clicking of the monsters, each sound is used to maximum effect. When this film suggests you watch it while wearing headphones, take its advice.

Noah Gillett does a great job as our only character, he really pulls his weight, this is quite a feat considering there is no dialogue in the film. I did like the creature design, it was unique but had enough classic monster elements to be familiarly scary. The practical effects came together really well.

This movie has a twist ending that won’t be for everyone. Personally, it took me by surprise, but looking back it was fun to put all the pieces together. For those who like all questions to be wrapped up neatly with everything explained, the ending should be very satisfying. Unlike the similar HAPPY DEATH DAY, we get told exactly why our protagonist keeps coming back to life. Ultimately, I think the ending worked for the film because it is only 20 minutes long; had this film been feature length, I definitely would have felt cheated by the outcome.

LEVEL won best cinematography (awarded to Ben Enke) at Terror In The Bay Film Festival in October and you can tell why. It is great at capturing the sense of being stalked as well as the isolation of the place. I especially loved the scenes in the bathroom: the bright white tiles reminiscent of the SAW bathroom, the camera angles, the close ups with the cockroach (if bugs creep you out then I would recommend this film, who doesn’t want that feeling of legs crawling all over you, right?) These are the lulls in action but they still give off an intensity. Who knew fluorescent lights could be so ominous? The whole film gives off an atmosphere similar to THE THING and the way the setting is shot really makes the character’s fear and isolation palpable.

LEVEL will be part of A Night of Horror Film Festival so if you’re in Sydney you can catch it in the theatre which I would recommend doing.

You can now watch LEVEL online for free on Vimeo