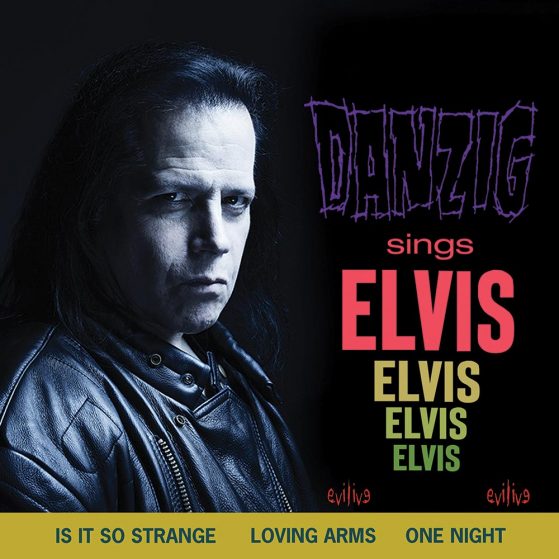 Rumors about an Elvis Presley covers album by DANZIG frontman Glenn Danzig have been floating around since the early 90’s.  He first showed the world his take on an Elvis tune with “Trouble” as a B-side on the THRALL- DEMONSWEATLIVE EP in 1993, which had been previously recorded by his 80’s band SAMHAIN. He also later released his version of “Let Yourself Go” on the 2015 covers record SKELETONS. It’s no secret that Danzig has always sounded a bit like Elvis in his approach to vocals, albeit a much more sinister version which landed him the “Evil Elvis” nickname.

It’s wild to think how long it’s taken for this record to happen, but the wait has been well worth it. I had no doubt that Danzig would nail the vocal deliveries on these tunes but I was worried about the production after hearing “Let Yourself Go” on SKELETONS. I was happy to discover that Danzig decided to go with a more mellow and stripped down sensibility here. I think “metal-izing” the songs would have defeated the purpose of making this record, and downsized the personal importance that these songs have for Glenn.

The subtlety of this record shows how powerful the persona of Glenn Danzig really is; with just an added minor chord or a punchy bass note on the piano, these songs gain a Danzig-level of darkness and sorrow. While most of Danzig’s catalogue contains songs ranging from fantasy-based storytelling to those embracing topical, or even political themes, the common emotion throughout all of his music is pain and suffering. While Danzig typically touches on these themes in relation to the tumultuous mortal coil that we call “life,” on DANZIG SINGS ELVIS he channels this agony into songs of heartbreak and anguish. It’s quite profound really. Songs like “My Best Friend’s Girl” and “Lonely Blue Boy” show an unexpected tenderness to Danzig that we have not been particularly privy to before. I always viewed him as a strong statue of a fallen angel.

While the record’s production is a breath of fresh air from the murky recordings of Danzig’s recent past, it still leaves room for improvement. Some of the less favourable decisions of this record’s sound feel like rookie mistakes, such as with “Always on My Mind.” Danzig originally released this track as a one-off following his SKELETONS record. The older version has a very balanced mix between all the song’s components. Fast-forward to 2020 and we see the same recording revisited on DANZIG SINGS ELVIS but this time, the mix sounds a lot stronger in the low end and places the vocals further into the spotlight. But with this boost we also get a crackling and distorted sonic texture as the sound pushes past the point of level peaking.  This feels an awful lot like the effect that you get by running an already mixed track through a mastering app, which is something that has a lascivious appeal to novice producers.

Another gripe with the production are the guitar lead lines by long time Glenn Danzig collaborator Tommy Victor. Victor’s solos are identifiable in their complete lack of inspiration. Danzig’s last four albums show Victor shredding the same sounding solos cluttered to the brim with pinch harmonics that sound more tacky than badass at this point. These pinch harmonics, thankfully, do not make an appearance on DANZIG SINGS ELVIS. The lead guitar solos are often too quiet in the mix and lack any textural personality. It’s like they had no interest in crafting a unique guitar tone and instead opted to flip on the amp’s overdrive switch and press record. To highlight the lack of interest in the guitar lines, check out Victor’s solo on “Always on My Mind,” pretty sure Victor hits an off-note. It’s subtle and quick enough that it can be ignored but once you hear it it’s… always on your mind. Kind of makes me think Tommy Victor jumped into the studio, recorded his guitar parts in one take, collected his cheque and left. Long gone are the days of John Christ’s shred work.

Glenn Danzig does most of the drumming on this and it’s not bad at all. Say what you will about his technical proficiency but what he does on this record is absolutely perfect for the sound. It’s sparse and it’s minimal. Love the rim shots on “Pocket Full of Rainbows.”

Danzig’s voice has changed over the years because; well shit that’s what voices do. He’s been screaming and yelling on stage for 50+ years so that’s going to take its toll. But Danzig has an amazing ability to adapt. He’s shown it time and time again with each stage of his music career, and now he’s found the perfect groove for this new stage of his life. I would love to hear more stuff in this vein from Danzig and it would be phenomenal to hear an album of originals sounding this stripped down.

DANZIG SINGS ELVIS is available now on all major streaming platforms and on CD and Limited Edition Coloured Vinyl through Cleopatra Records. 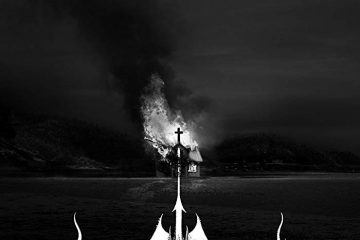