As the 2019 BROOKLYN HORROR FILM FESTIVAL comes to a close, FEAR FOREVER has another review for you, this time for the superb rental-gone-wrong thriller 1BR. 1BR is one of those films that leads you in one direction before abruptly pulling the proverbial rug out from under your feet. This is a compliment since I had no idea what I was in for, and what eventually unfolded on screen was delightfully fiendish.

As of this publication, aside from a handful of reviews, details surrounding the film are scarce. In fact, under the plot section of its own IMDB page, it states “plot being kept under wraps.” Even when several film festivals announced that 1BR would be playing, the filmmakers provided us with not a trailer, but a brief clip of what I’ll just say has to be the worst wake up call imaginable. If you can keep your curiosity at bay and avoid watching that clip(Which is also posted at the end of this review, just to make it extra tempting) it’ll be a better payoff for you when it happens in the film. Seriously, the clip shows one the films nastier moments, but still gives you almost nothing in terms of plot. Even now, that clip is all that is currently circulating on the internet. Normally this might annoy most of us, but honestly I think this shroud of mystery only helps to strengthen the impact of the final product.

1BR tells the story of a woman named Sarah (Nicole Brydon Bloom). Sarah is a recent transplant to LA, and she’s struggling to fit in and find an affordable place to live. She comes across the titular one bedroom apartment for rent, and it’s a big step up from all the other places she’s seen recently. It’s so much of a step up that she nearly leaves without putting in an application. As she’s about to exit the apartment, the landlord (Taylor Nichols) calls out to her that “you won’t know if you don’t try”. So, Sarah fills out the application and actually lands the place!

At first things are really great except for the really loud noises in the middle of the night. But there’s always an adjustment period of learning the sounds in your new surroundings, right? Maybe it’s the pipes or something. Everyone seems really nice, like REALLY nice, and it doesn’t hurt that the guy next door, Brian (Giles Matthey), seems to be really into her as well. So far so good, right? Nothing is as it seems, and things just feel a little “off” even though her new place is mostly good. But her situation is about to change, and drastically.

Sarah lied about her cat on the lease application, and she’s been keeping it a secret. Even when Brian offers to help her move in, she declines his help to keep this feline friend a secret. Then one day she receives a note in bold red letters calling her out for having a pet. The note boldly calls her a “bitch”, and mentions how inconsiderate it is to have a pet for OTHER people who might have allergies. The text is scrawled in a menacing red text that seems more threatening than neighborly. In fact, it’s got a sort of serial killer vibe. This is her first inkling that something might be wrong. Her nights get louder and louder, and it feels like everyone living in her complex is keeping a close eye on her. Maybe the fact that she hasn’t been sleeping is making her delusional, or maybe there is something more sinister at work.

It’s hard to talk about 1BR from here, without giving away some major plot points. It became clear to me that this lack of detail plays in 1BR’s favor big time. I’m doubtful that the plot will remain under wraps for any extended period of time, considering that reviews are starting to trickle out online, and people just don’t seem to want to be surprised anymore. If you can hold off reading too much about it, I think it will make for an overall more rewarding viewing experience for you. If you’re a fan of films like ROSEMARY’S BABY, THE INVITATION, or PACIFIC HEIGHTS, you’re almost certainly going to enjoy 1BR from beginning to nihilistic end. 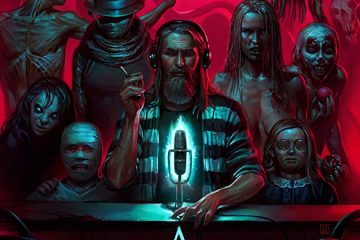 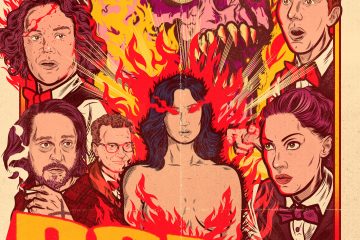