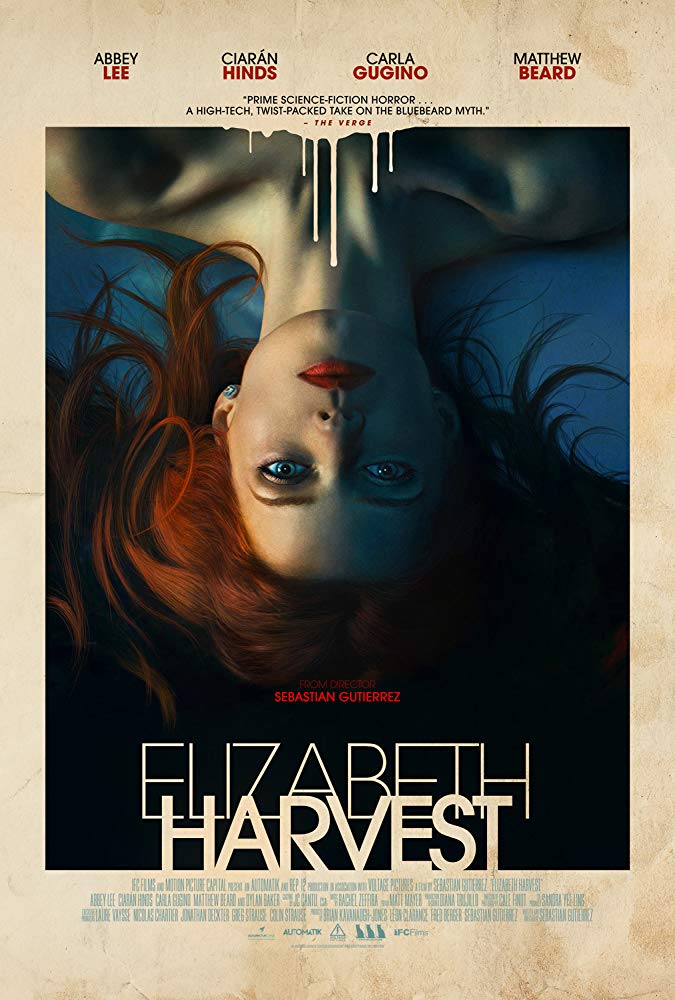 Nothing can exist without its opposite. You can’t have love without hate, reality without fantasy and especially creation without destruction. Thanks to writer-director, Sebastian Gutierrez , ELIZABETH HARVEST is a film that dissects and artistically displays the contradictory and horrifying dynamics of love. The film starts off as a vastly rich older man, Henry (flawlessly portrayed by Ciarán Hinds and considerably younger doe-eyed bride, Elizabeth (Abbey Lee), start their life together in Henry’s lavish zillion dollar mansion. The couple’s home is cared for by Claire (Carla Gugino) and the man’s peculiar son, Oliver (Matthew Beard).  The movie centers around these 4 people, their secrets, individual motives and romantic obsessions. Everyone is hiding something, telling lies and has truths to be revealed about their past and present lives. 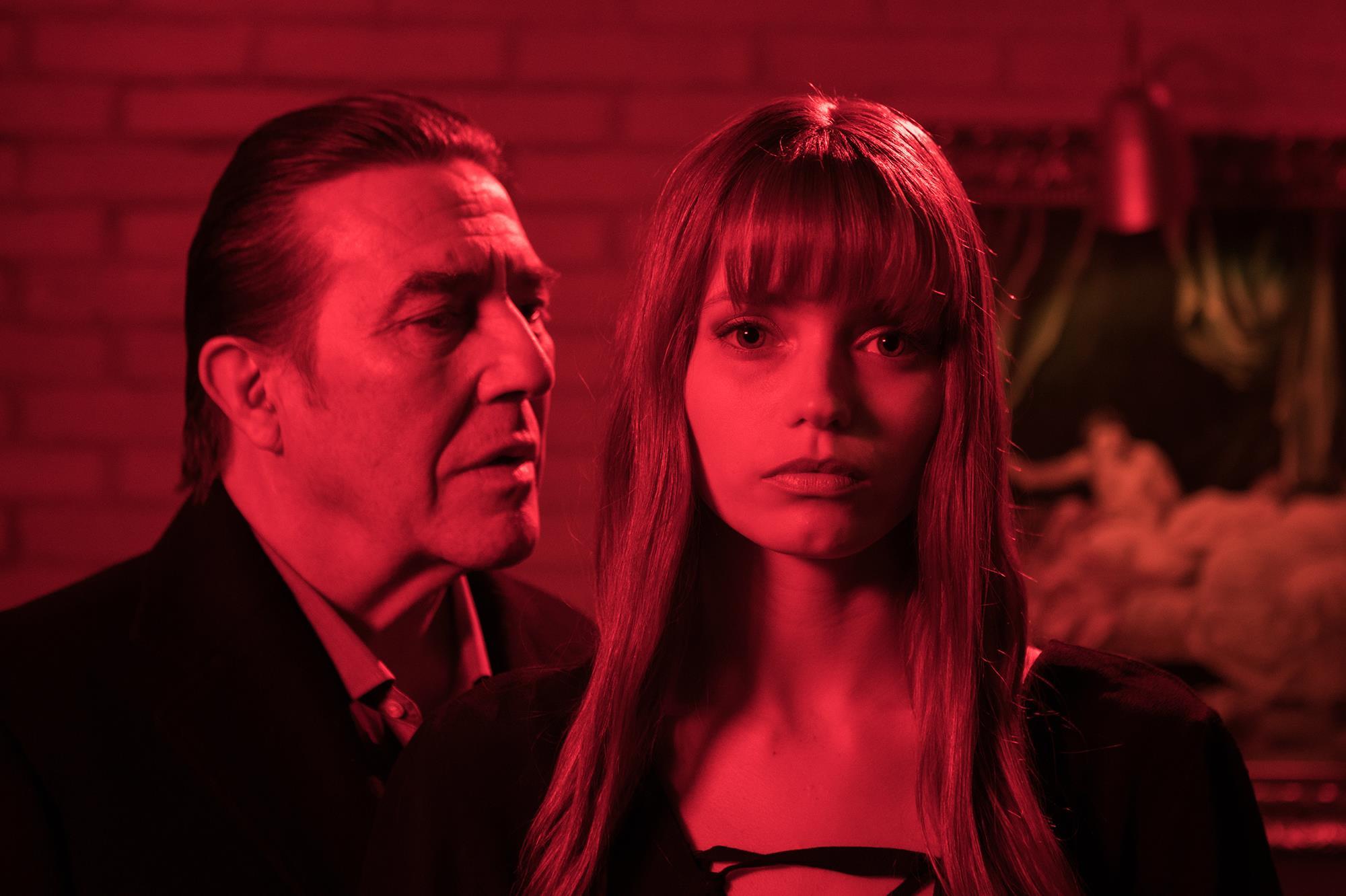 Understanding how these relationships tie together is a major aspect of the plot. There are some slow parts that will leave you frustrated and confused but just when you want to shut it off something will be revealed that will keep you intrigued, needing to know more. Right when you think you have it all  figured out unexpected turns occur and you’re right back in trying to piece the tragic puzzle together along with the characters. Its a rare example of when uneven pacing actually elevates a film, instead of weighing it down. 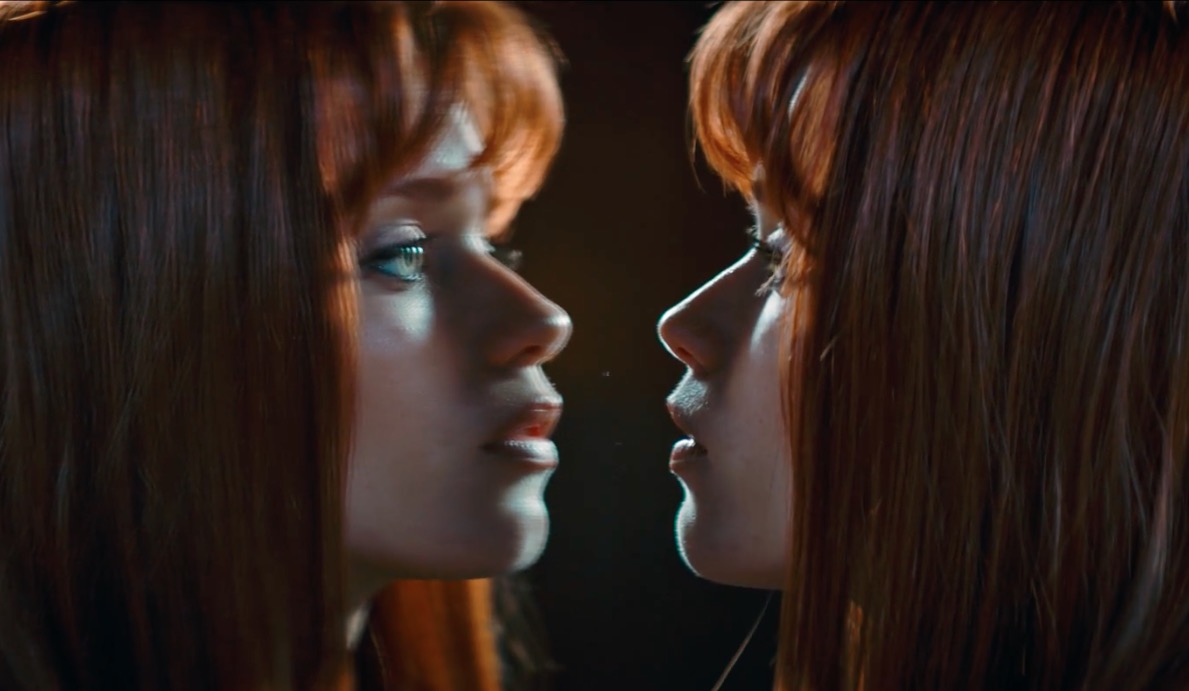 Elizabeth’s (Abbey Lee) lack of personality and confidence can easily be mistaken for bad acting. This will come up in reviews and I would have to disagree with the model turned actress’ performance and say it was fitting for her character. There is a lack of presence needed in the beginning, and a profound shift that awakens her ultimately. Lee does an accurate job of portraying the transition this character is experiencing mentally and physically.

As much as I wanted to believe in Henry and Elizabeth’s connection it was non existent, perhaps by design. Why him for her? Why her for him? It’s not uncommon for a younger woman go after an older man for their status and money but this dynamic was just bizarre. It was like her total existence was to serve Henry’s every desire. The relationship was very odd to me as he continuously called her his “pet.” Maybe Henry’s control over Elizabeth wouldn’t have creeped me out so much if their age gap wasn’t so substantial. Anyways, he showers her with possessions, priceless art, an extravagant home, decadent food but all under one condition, never enter his private chamber. We have seen this trope before, curiosity of the forbidden causing major issues. Why are humans so drawn to what we cant have? Why didn’t Henry just keep the door securely locked and not put her in the position to have access to the room?  It’s so frustrating!  Elizabeth had lavish jewels, a whole closet filled with designer clothes and unlimited cash, what appeared to be over 10,000 square feet to roam about yet this one room, she just couldn’t ignore? It kind of pissed me off, but I probably wouldn’t be able to handle the unknown my damn self. So of course, she enters the room when her husband is away for business. What she finds will draw you in, create questions in your mind and leave you wanting to see what Henry, Claire and Oliver are hiding. 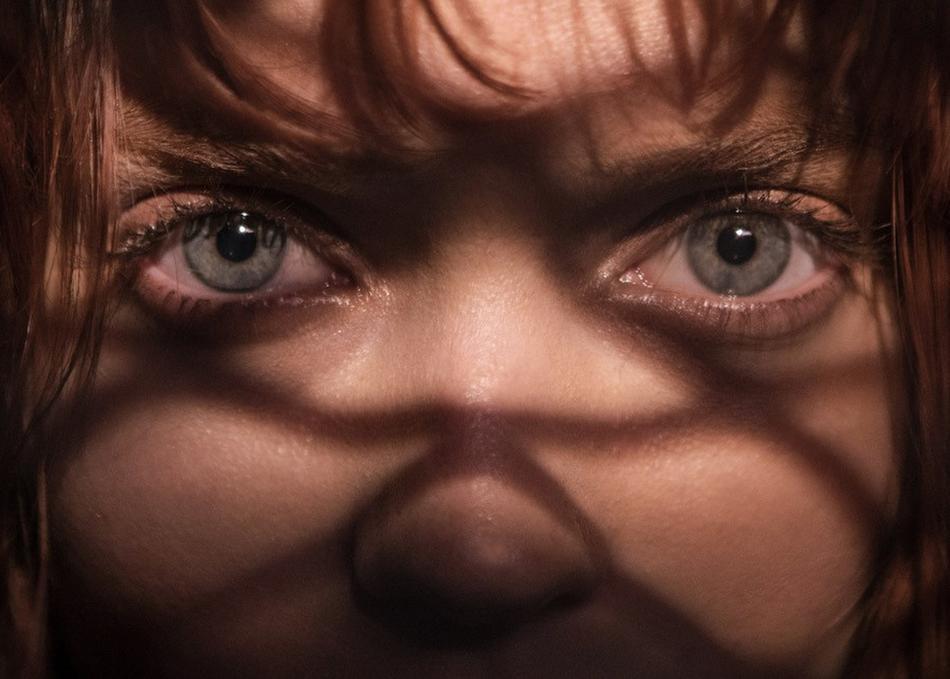 Without giving too much away, Henry’s character is a truly horrifying aspect of this film. The terrifying narcissist doesn’t want to accept any realities whatsoever. The realities from his past which have devastated him are much too hard to bare and the realities of his future, which he seems to have total control over are stated as “eventual tragedies.” It’s heartbreaking and terrifying how love can ignite so much happiness and on the flip side (and eventually) complete life threatening agony. What gets you high will bring you down, I suppose.Although the story has its slow parts the takeaways from the film are meaningful, Carla Gugino is brilliant and the directing especially will keep you entertained.

“Carla Gugino is brilliant and the directing especially will keep you entertained.” 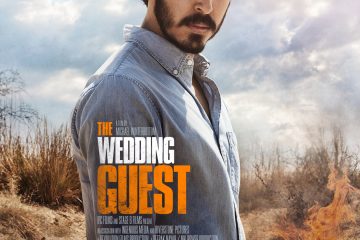 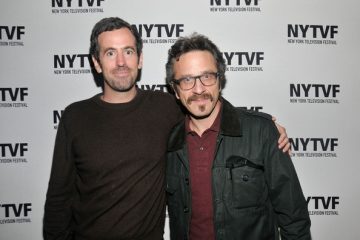