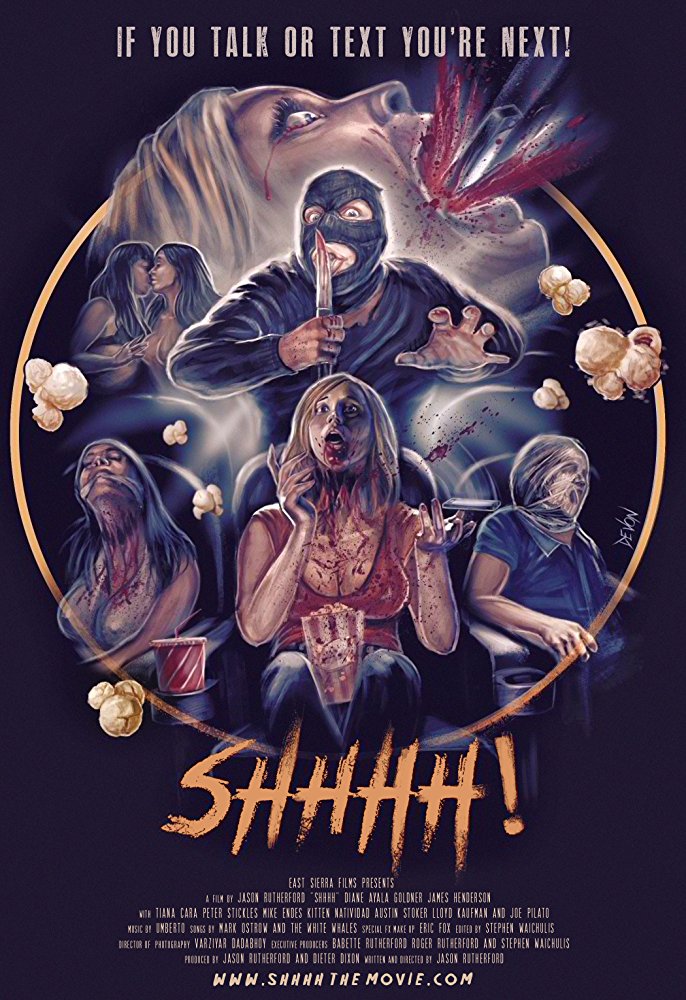 (Editors note: I couldn’t find many stills for the film so I Googled “Assholes In Movie Theaters” and the images that came up are most certainly of the kind of assholes in movie theaters that would/should die in this film.)

Apologies in advanced for the hacky box art one-liner, but writer/director JASON RUTHERFORD’s new horror comedy SHHHH could be described as HIGH FIDELITY for exploitation fans. This is the type of film that let’s you know exactly what its creator is all about, that is if you’re cool enough to catch the references. 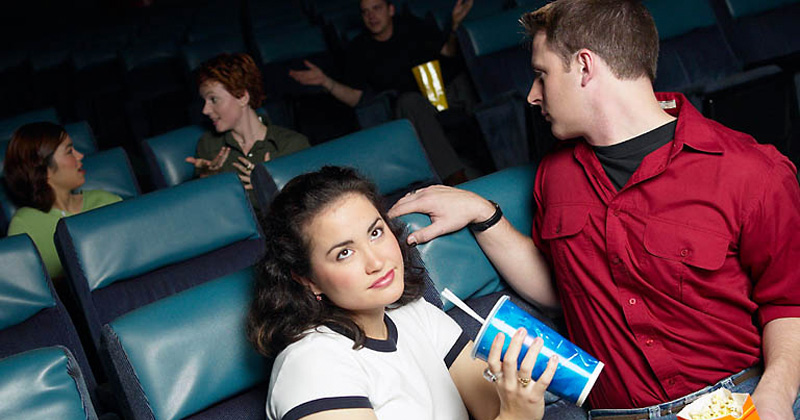 SHHHH is the story of schlubby cinephile and struggling filmmaker Harris played by JAMES HENDERSON. When he’s not fumbling through the backdrop of Hollywood hopefuls and industry weirdos, he’s at the movies with his mother DIANE AYALA GOLDNER (FEAST). As movie-goer etiquette declines (seriously, don’t text) and a series of gruesome murders begin to surface outside the theater, Harris is forced to come to terms with demons from his past while questioning his own sanity. 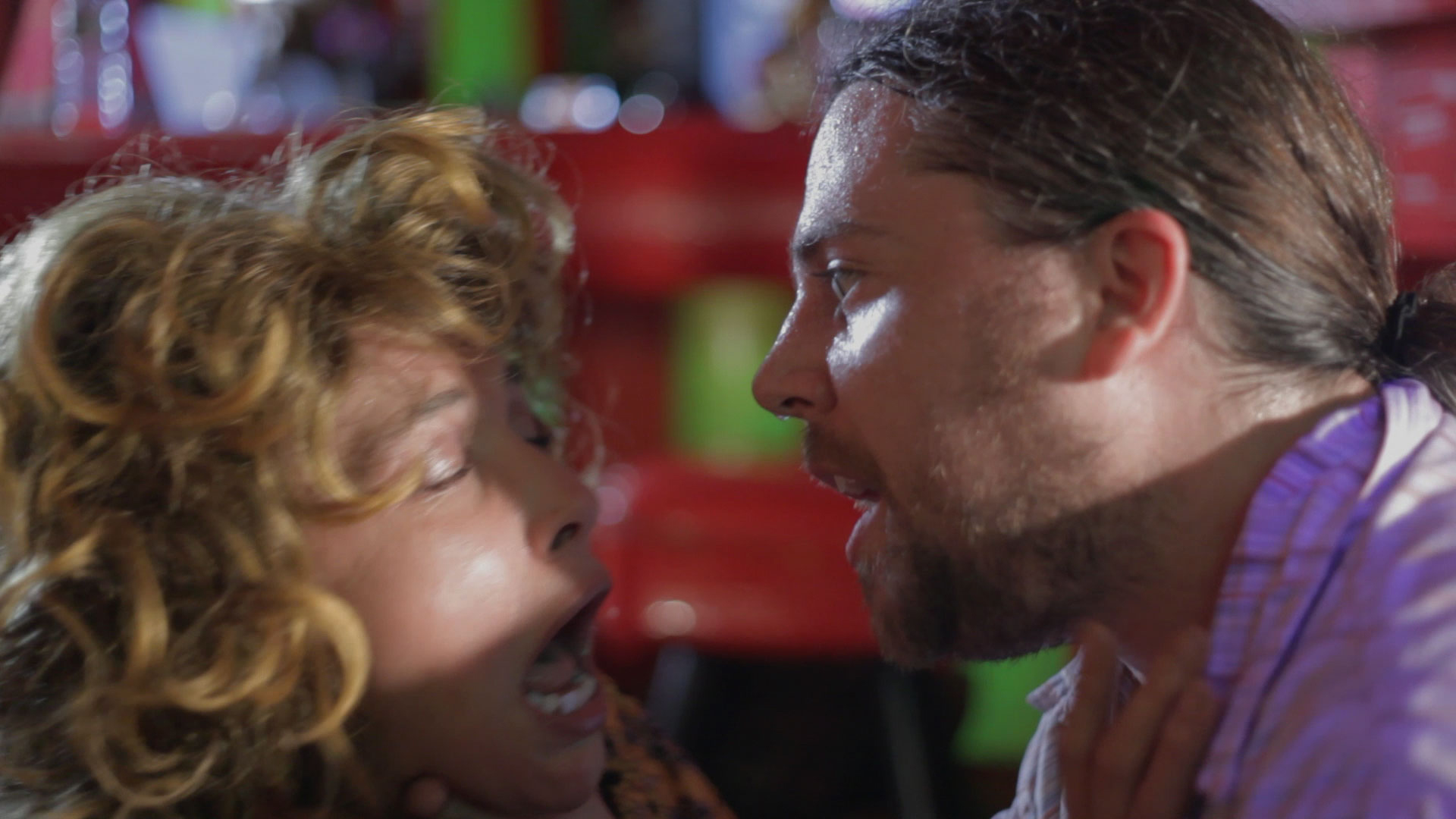 Having watched my fair share of indie horror comedies, I was expecting the usual, being a high gore factor and humor that falls flat. I was half wrong. And at no point did the film obnoxiously nudge me, as if to say “see, see…wasn’t that funny? TADA!” (i.e. every Seth MacFarlane joke ever). Instead, I found myself surrendering to several organic laugh out loud moments. I credit this to the fact that “SHHHH” manages to tow that rare and wonderful line between straight faced line delivery and ninth grade vulgarity.  Most notably, the two detectives investigating the movie theater murders played by Peter Stickles (GINGERDEAD MAN 3: SATURDAY NIGHT CLEAVER) and Mike Endes (ONE LIFE TO LIVE) have solid comedic chemistry resulting in consistent hilarity. Be warned though, much of the humor is genre referential. If you’re not fluent in VHS obscurity or know who Tony Anthony is, you’re likely to miss out on a few laughs. 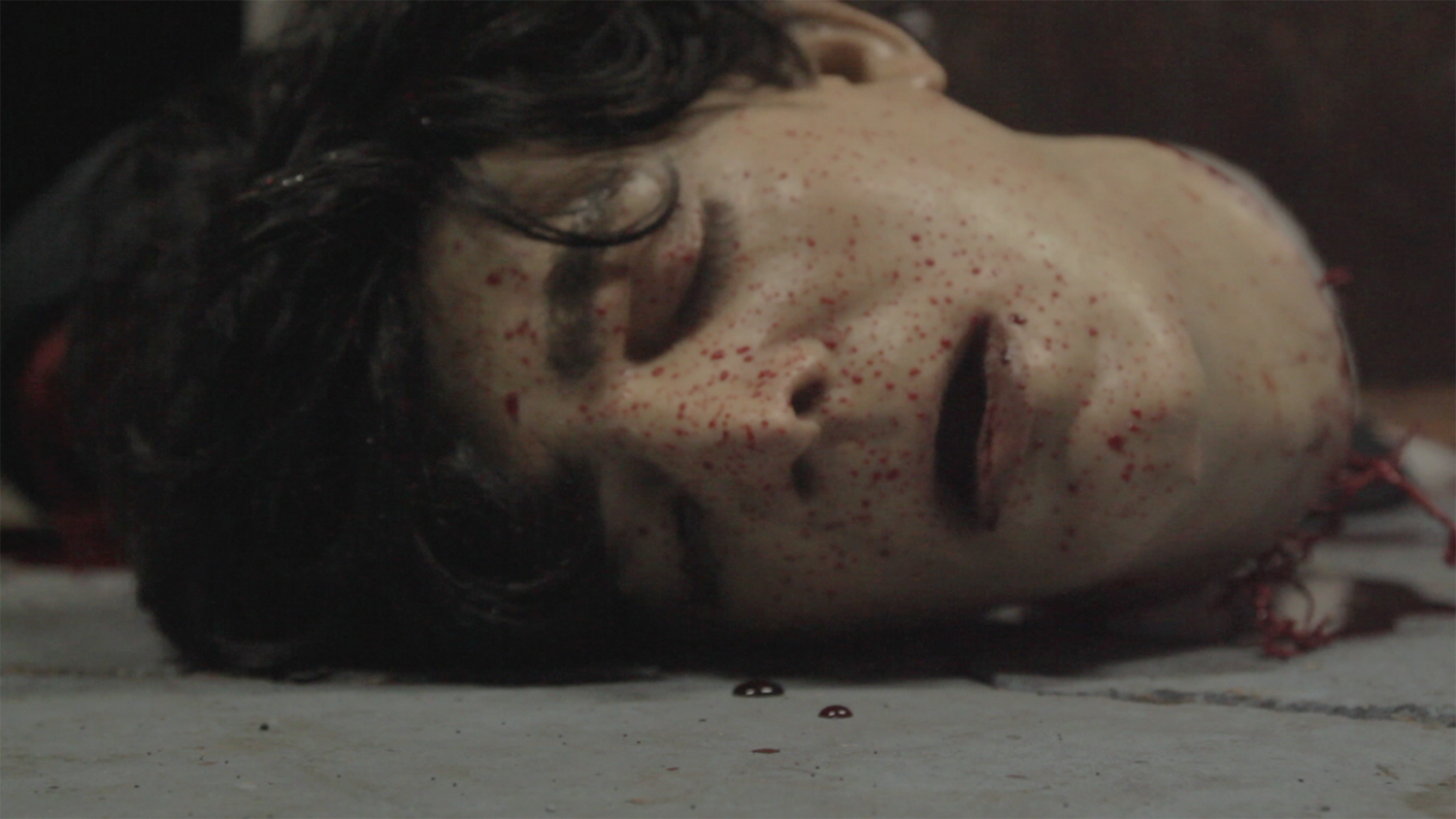 The structure and characters did seem a bit frazzled at times. Granted, wishing for fluid, hashed out character arcs is a tall order in a film featuring lesbian vampires and the word “vagtastic”. All things considered, as much as I found Harris to feel mostly real, our beta male protagonist’s spiral into madness meandered slightly. This resulted in occasional confusion on my part. It wasn’t until the end of the second act I started to gather where this might actually be going.  But really, who needs any of that when you have plenty of humor, sex and gore to keep your depraved monkey brain engaged? 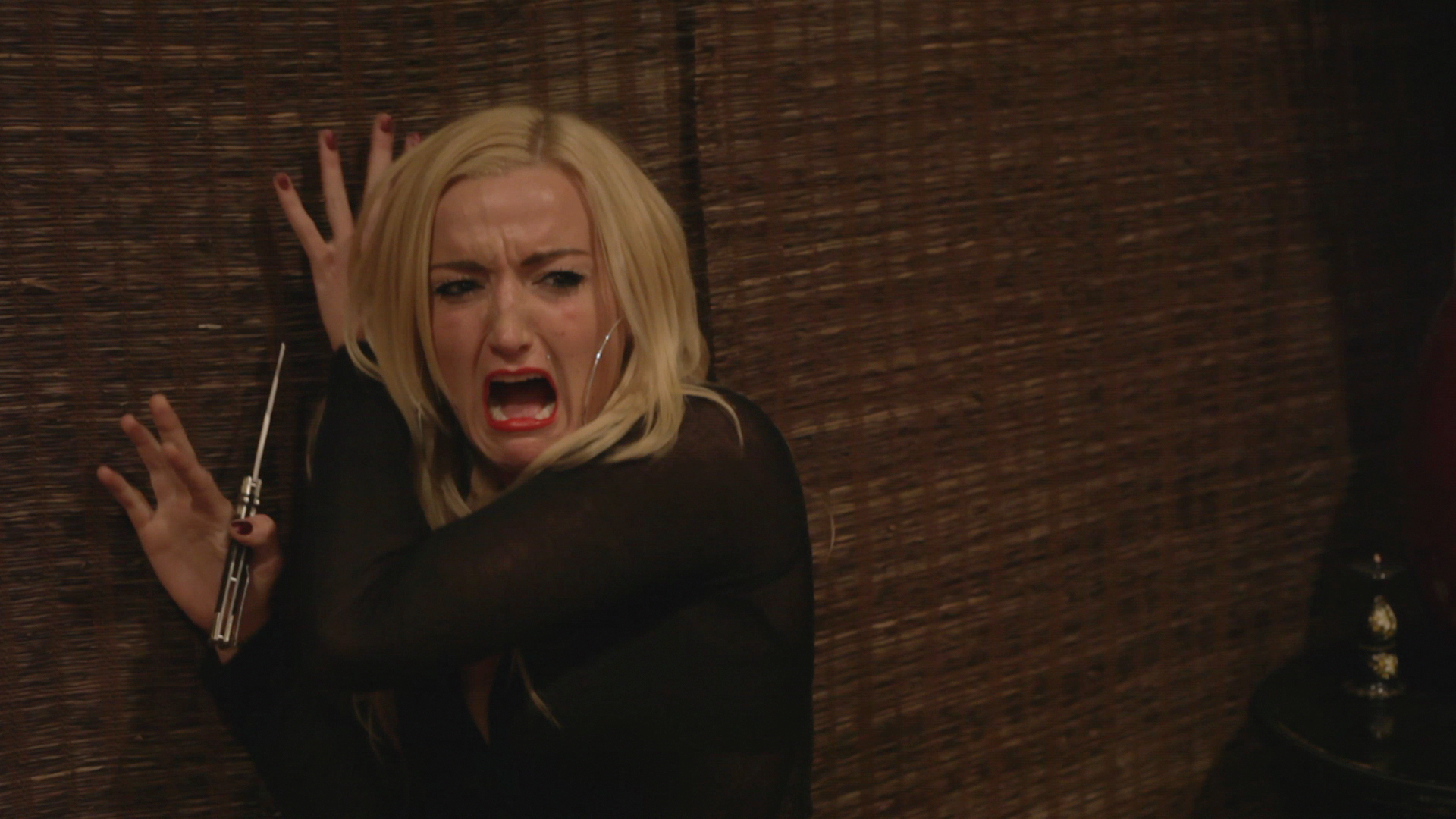 Cameo counters rejoice! While SHHHH’s starring cast steers this intentionally crass ship, its guest appearances give it something to float on. Wait a minute, is that…Joe Pilato (DAY OF THE DEAD) playing a skeezy movie producer? Indeed it is and he’s doing what he’s best at- yelling like an unhinged sociopath. My unconditional love for Pilato was elevated in SHHHH as I watched him describe an unorthodox sex act with a Twinkie (does Hostess know about this?). Keep your eyes peeled for other cult icons on the cameo roster such as Grindhouse Director Robert Vincent O’Neill (BLOOD MANIA,  ANGEL), AUSTIN STOKER (ASSAULT ON PRECINCT 13), and TROMA creator Lloyd Kaufman. All of these appearances stand out as the most fun scenes in the movie.

Tackling films like this are generally either a chore or a pleasant surprise. In this case, I’m leaning towards the latter (mostly). It would be disingenuous to claim this flick is for everyone and I’m 100% certain the filmmakers are well aware of this. This is actually one of the more endearing qualities of SHHHH. It’s unapologetic homage porn. It’s created by and for a niche audience. And thankfully, it clearly doesn’t give a fuck. Most importantly, it’s lust for the lowbrow is rock hard from beginning to end. VHS nerds, 42nd Street fans and the 38-year-old IT guy at your office that wears a “RETURN TO NUKE EM’ HIGH” t-shirt on causal Friday will likely have a lot of fun with SHHHH. If you’re any of these (like me), sit back, relax, and turn off your goddamn cell phone.  SHHHH is now available to stream on Amazon, iTunes and Google Play.

“SHHHH’s lust for the lowbrow is rock hard from beginning to end.”