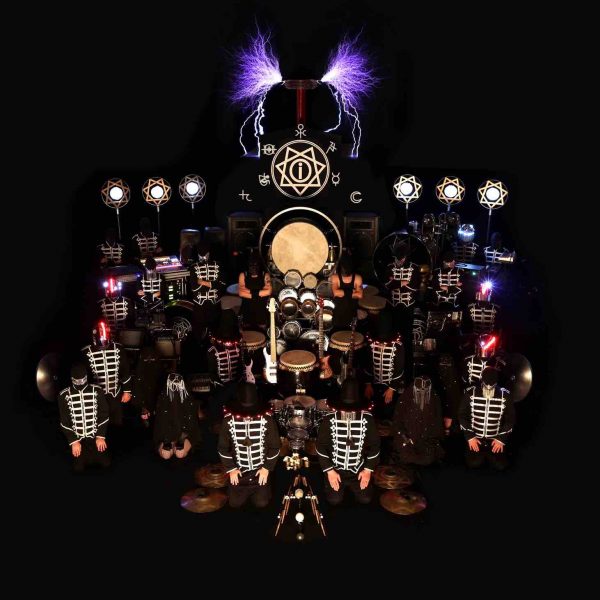 Having lived in both Chicago and Denver, I’ve seen my fair share of outrageous musical performances. These performances span the musical spectrum from the use of pigs’ blood by Swedish metal maestros Watain, to the smoke and lights of French DJ Madeon. I’ve seen a lot of great shows, and my musical tastes vary greatly. So now that we’ve gotten that out of the way, I can safely say that I’ve NEVER seen anything quite like Denver-based Itchy-O. 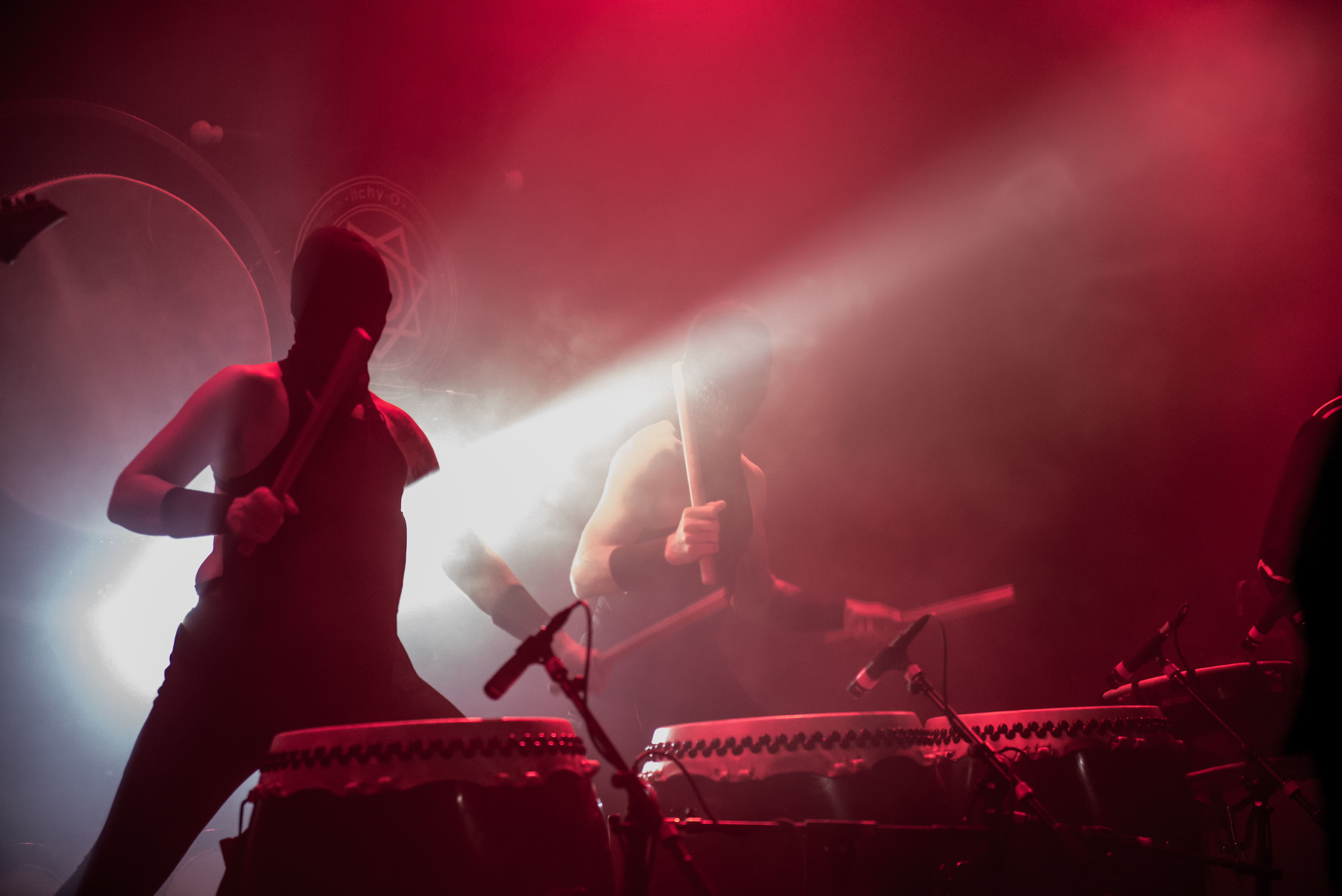 The self-described “avant-ritualists” create an atmosphere unlike anything I’ve ever experienced before, and it can actually be quite startling the first time. The 50+ performers are clad in all black, with black masks covering their faces. The musical group is percussion based, but the group also employs the use of crowd-agitating performance artists. Some of the performers are isolated to the stage, while countless others walk amongst the crowd with smoke machines, light cannons, and all sorts of bizarre (seemingly homemade) sound instruments strapped to their backs. It’s more of an interactive experience, being at an Itchy-O concert. I sometimes like to describe them as if “hell had a marching band”. Not that they’re evil or anything like that, it just feels like you’re entering some sort of witches coven when you attend an Itchy-O show. 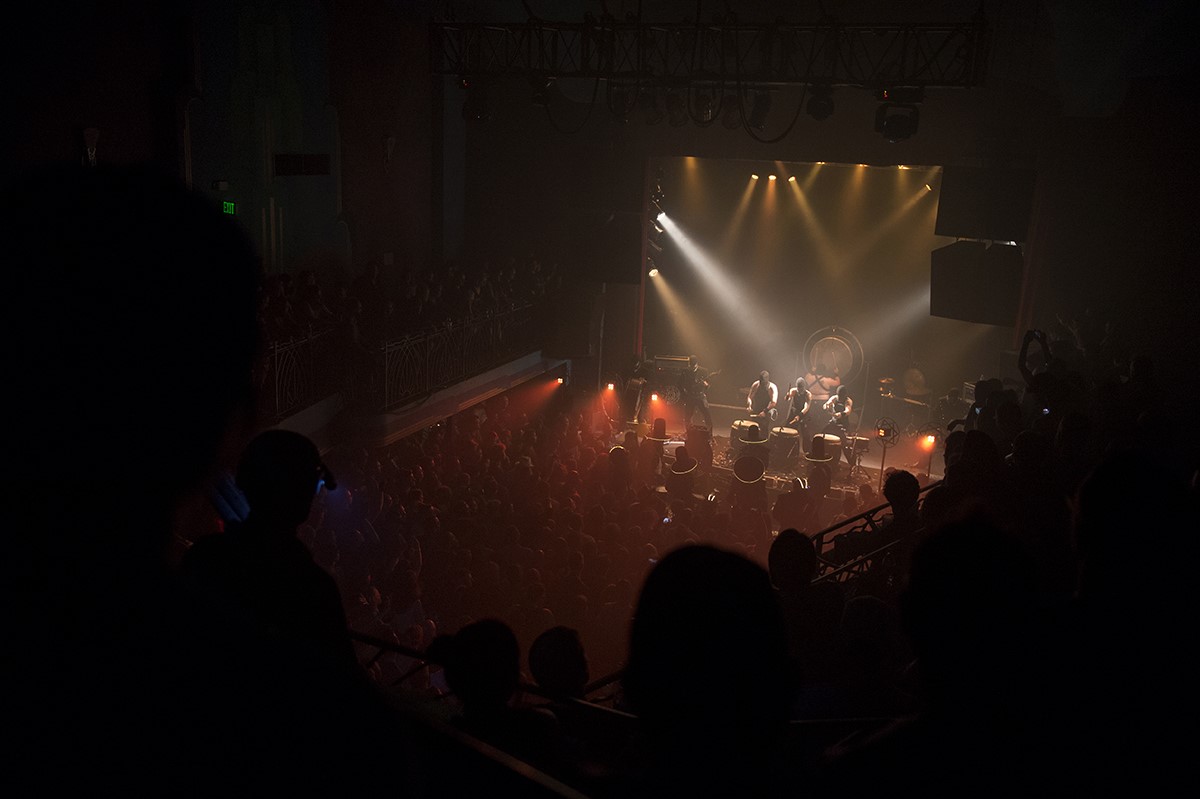 My first experience with the group came in 2015 while attending the Stanley Film Festival, at the historic (and allegedly haunted) Stanley Hotel in Colorado. I remember taking a break between screeners at a reception area in the ballroom. I could hear the drums pounding in the distance, when almost out of nowhere; the faceless musicians overtook the ballroom. The music created a rave-like atmosphere with the beats sounding almost tribal. The performers stalking the crowd mixed with the hypnotic percussion sounds made it feel as if we were all in a trance. When the performance was eventually over, it felt like we’d all been on some kind of acid trip in the desert with Jim Morrison for the past hour or so. It was a performance I would never forget, and one I would attend several times over in years to come. 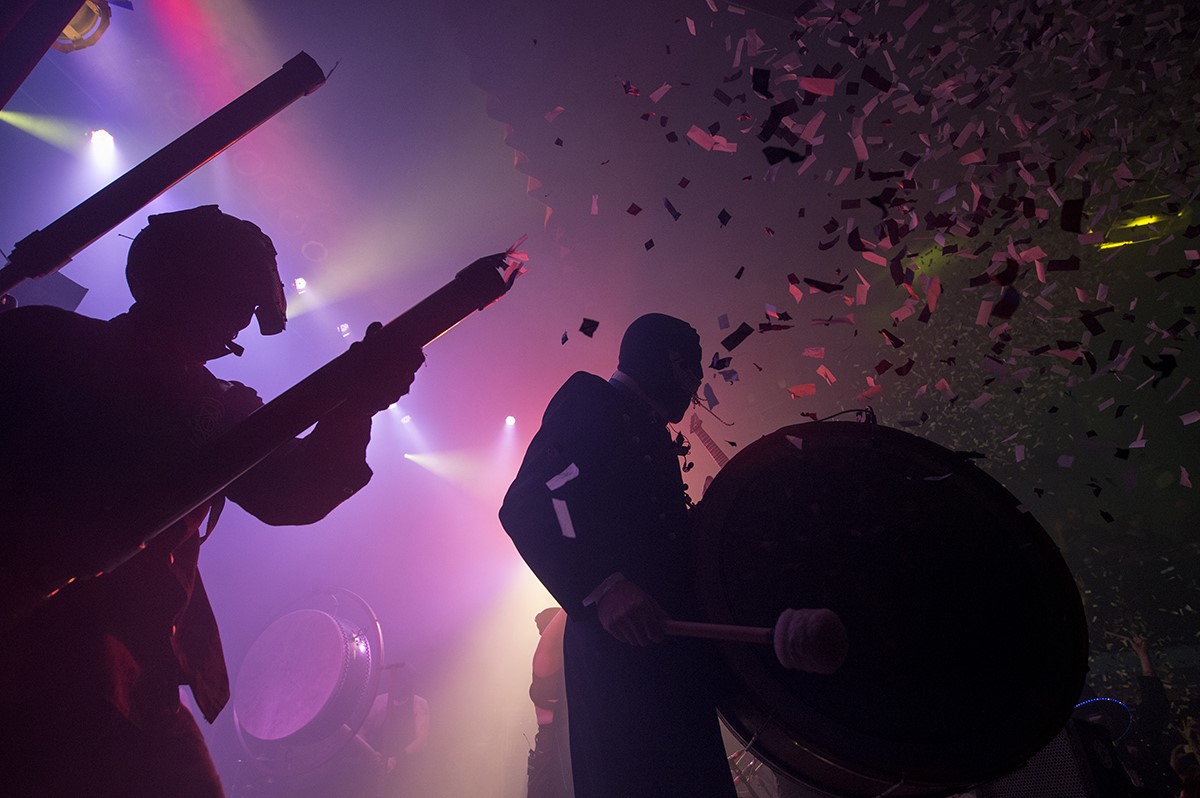 Itchy-O has gained a bit of a cult following, and it has sold out Santa Fe’s Meow Wolf, center-pieced the world-renowned festival Dark Mofo in Tasmania, and headlined Fantastic Fest (Austin, TX) three years in a row. They’ve performed with David Byrne & St. Vincent’s band, Iggy Pop, Bad Religion, and Public Enemy. They have also opened for musical groups Devo, Beats Antique, and Melvins. The performance art pieces are truly what separate the act from the rest. It’s also, in my opinion, why the band has been embraced by the film community, and in particular the horror community. The band routinely performs shows on Halloween and New Year’s Eve, in an almost mass-like event. 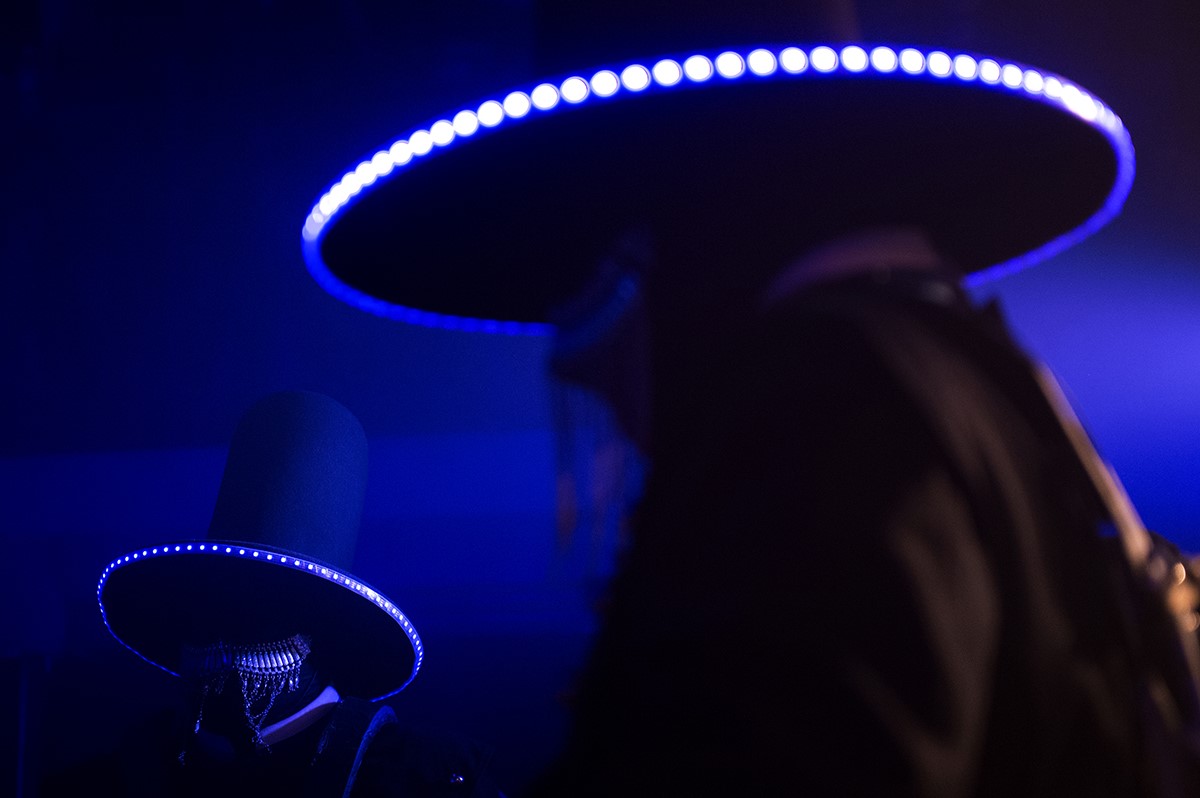 This past week, Itchy-O released a music video for “Black Mist”, the first track from their highly anticipated third studio album. The new video channels all of Itchy-O’s dark, cultish vibe all in one video. The video was directed and produced by Denver’s Stranger Studios featuring artwork by Colorado’s Sarah Menzel.

The new video will support the first track from the upcoming album Mystic Spy | Psykho Dojo, which explores two themes: (1) a realm of esoteric trickery and espionage, and (2) a parallel universe of deep martial psychic discipline. The new album promises a fresh air of complete rapture to the mad realm super fans already know so well.