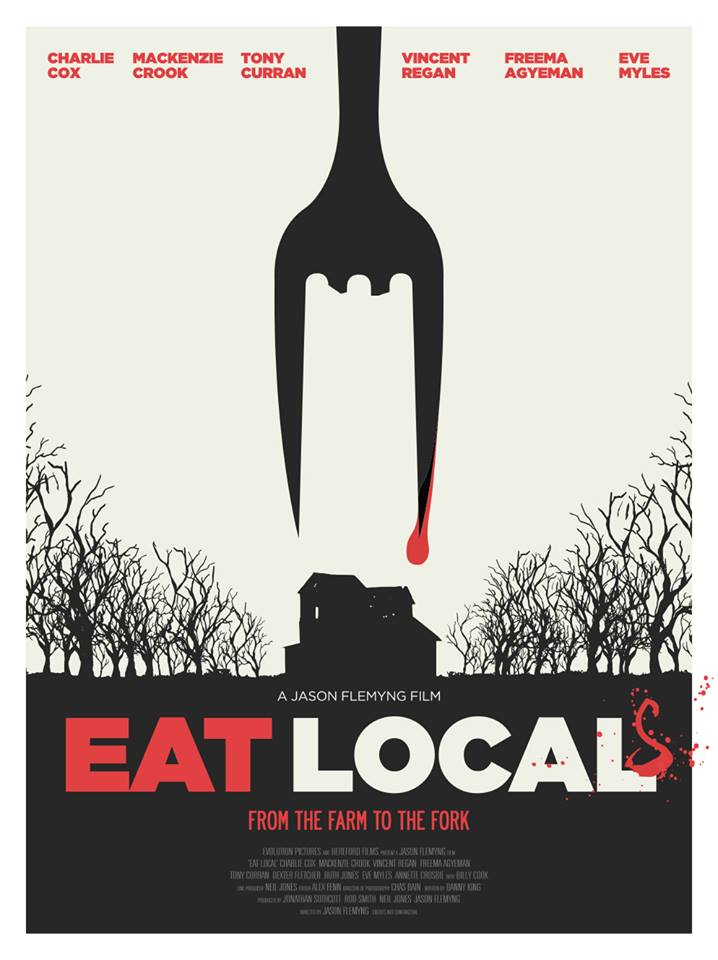 Toronto After Dark Film Festival has officially wrapped, and as always they’ve brought to light some of the best examples of independent horror cinema from around the world. One of the more subversive offerings this time around is the superb vampire comedy EAT LOCALS. Not subversive in terms of being offensive, but rather in flipping the pre-conceived notions of what we’ve typically come to expect from vampire films. This film was a blast, and has the potential to achieve cult status once it finds its intended audience. 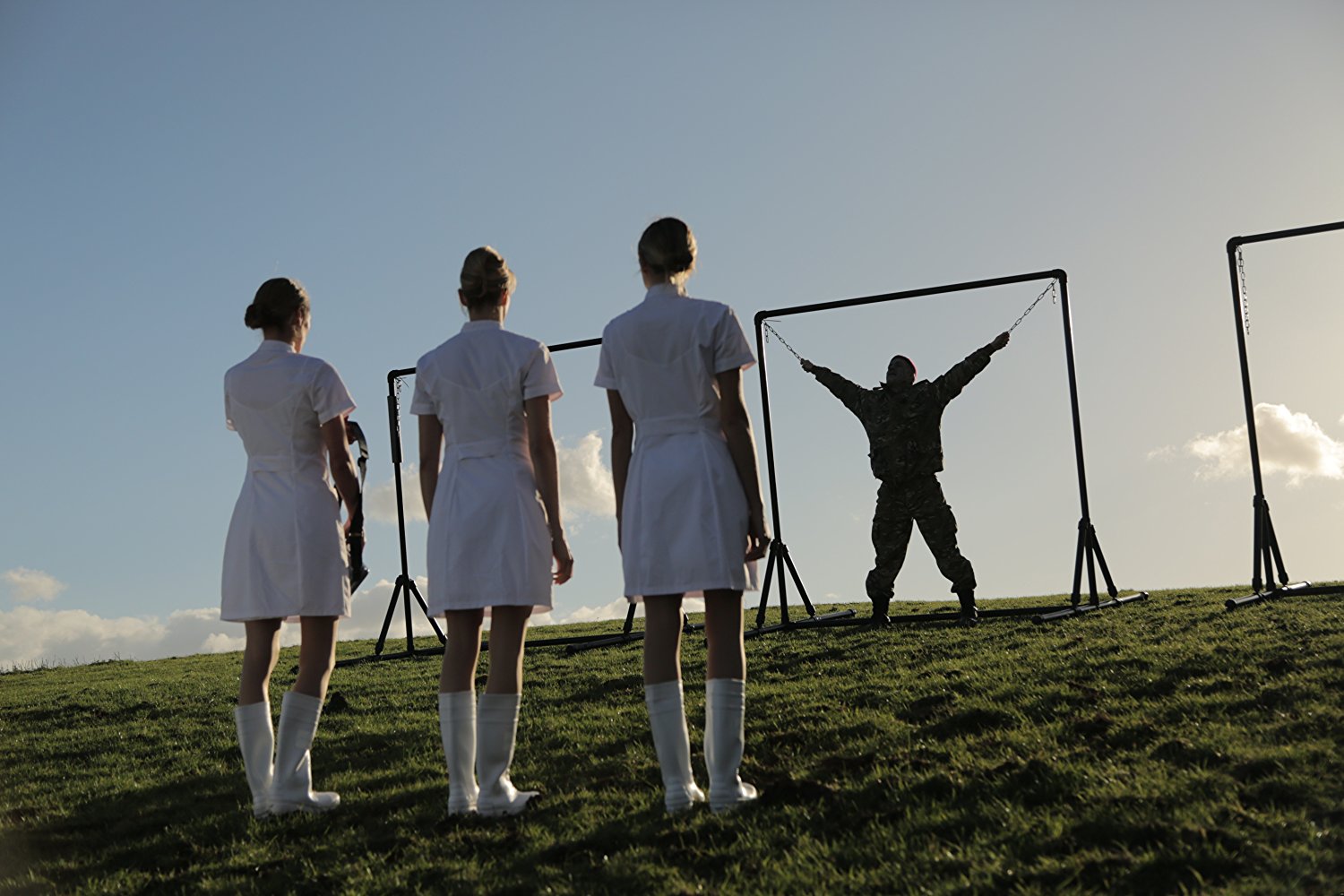 EAT LOCALS is a UK production, directed by screen actor Jason Flemyng. He’s definitely someone you would recognize from a variety of parts in a variety of films. I always revert back to his tiny role as the “lobby goon” in KICK-ASS, but I digress. He’s no stranger to both action films and horror films, which is very apparent in this, his directorial debut. There were moments that reminded me of John Carpenter’s VAMPIRES and then there were moments that brought to mind WHAT WE DO IN THE SHADOWS. It’s a fine balancing act swaying between two worlds, while never skewing too far to one side. It’s a very impressive and successful undertaking for the first time director.

The film starts off as the ruling overlords of the British vampire ranks get together for an emergency meeting. At this particular meeting, they’re interested in bringing on an 8th member into the conclave having just lost a member. Each person at the table has a distinct territory, as well as a distinct method of keeping order within that territory. The soon to be 8th member is a human who thinks he’s there for a sexual encounter with the lovely vampire Vanessa (Eve Myles). Vanessa arrives in an expensive sports car that has a vanity plate with not-so-subtle nods to Bram Stoker. She’s the quintessential vampiress we’ve come to picture in our minds, clad in all leather and oozing strong feminine sexuality. There are an abundance of familiar faces in this film, but the most recognizable would probably be Charlie Cox, otherwise known as Daredevil from the Netflix series…DAREDEVIL. He plays the “vegan” of the bunch, or rather just a vampire that doesn’t feed on humans. It’s an ensemble comedy at this point, and hits the comedic notes with expert timing. 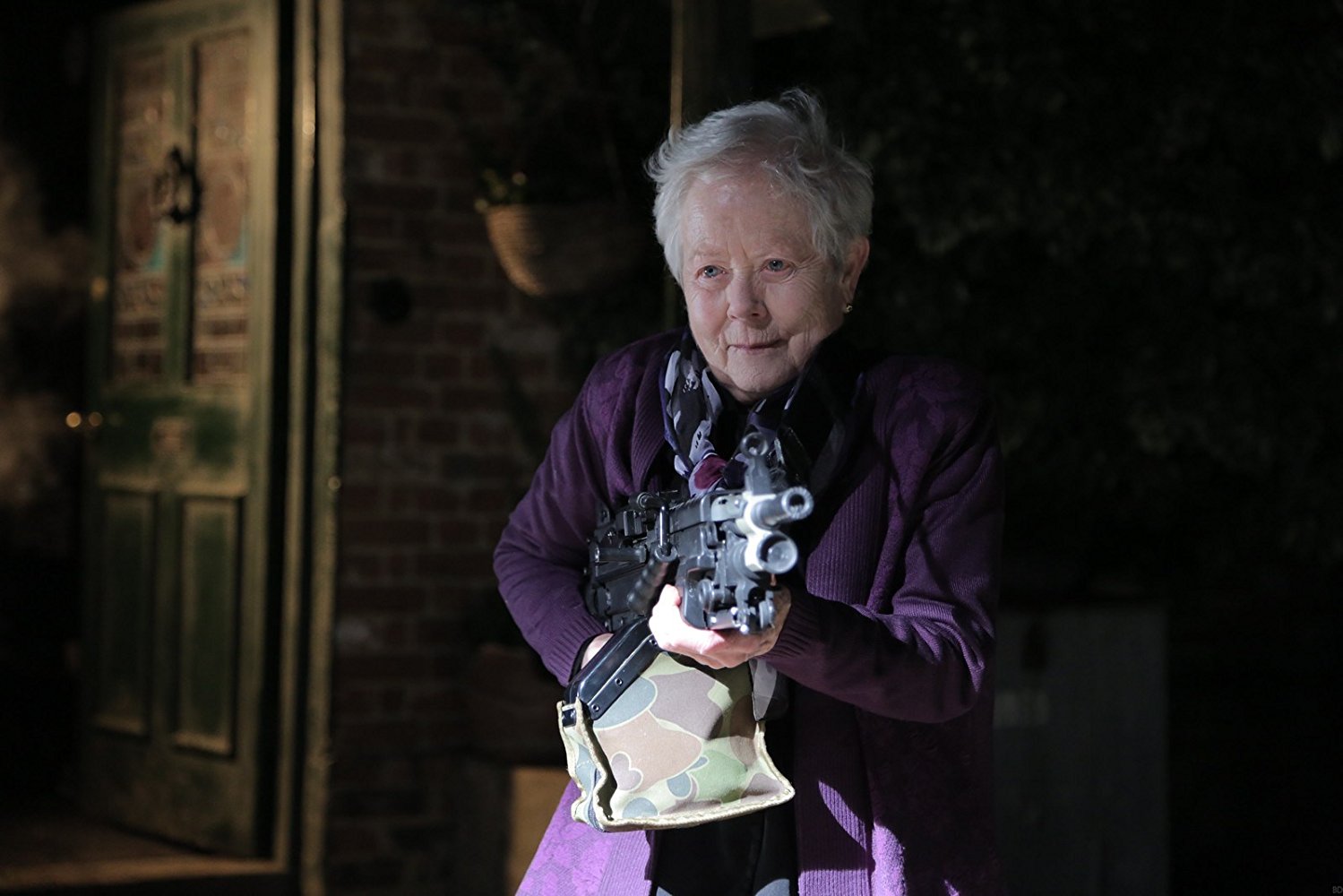 While vampire politics are taking place, a team of highly armed Vatican mercenaries keep a close eye on the events unfolding in the secluded farmhouse. The vampires are oblivious to this at first, leading to some very humorous moments of levity before the carnage starts. The mercenaries are expecting to find one vampire and instead find seven, which means it’s time to change tactics. Some of the soldiers are understandably scared, while the rest of them think about ways to make a quick profit. The leader of this hit squad, Bingham (Robert Portal), can’t decide if the Vatican will be the highest bidder for what he’s just stumbled upon. Vampires being vampires, they sense something is amiss before coming to the realization that they’re surrounded. 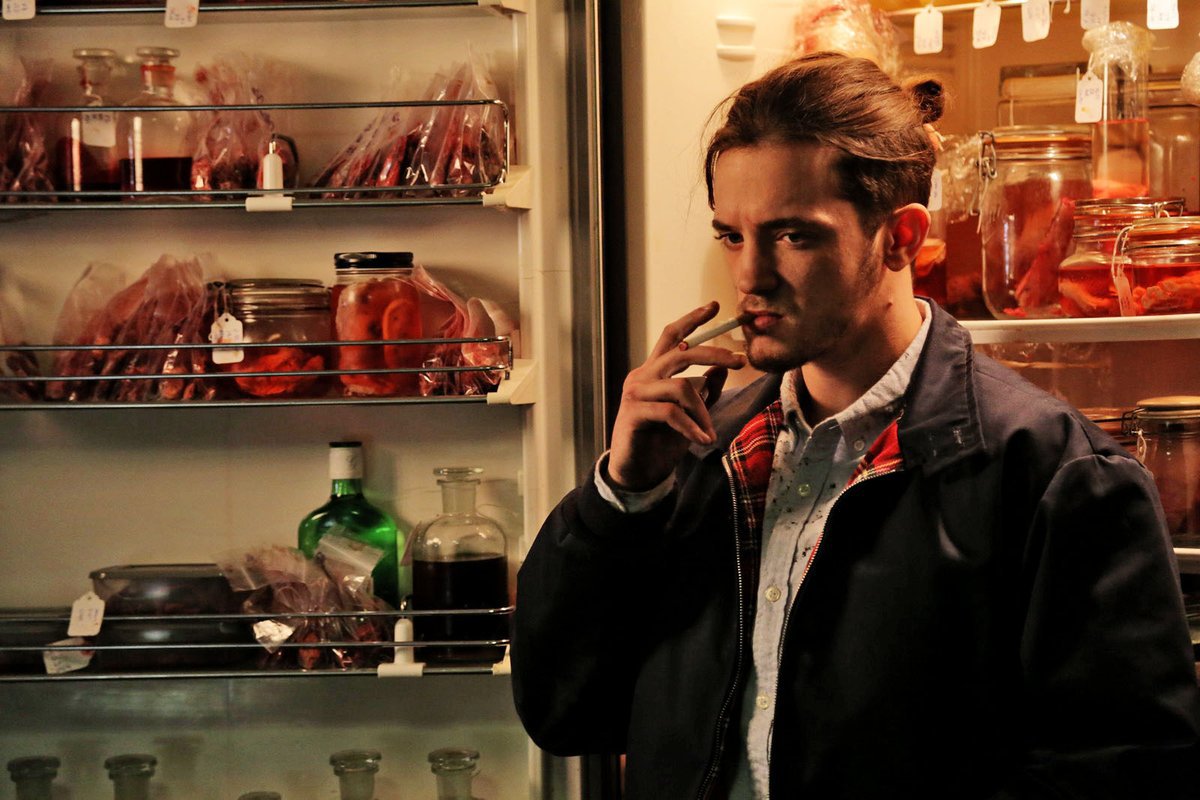 The main advantage to being undead, and of the vampire persuasion, is that you’re virtually un-killable. Knowing this, they hatch a plan to run head first into the tree line and kill as many mercs as they can find in hopes that at least some of them will escape. This is where the tonal shift goes from spooky-funny, to spooky-frenetic complete with martial arts set pieces and a machine gun toting granny. There’s blood, there’s bullets, but there’s always fun. Jason Flemyng does a fantastic job blending horror/action/comedy together in an almost seamless fashion. It feels that these elements belong together, and never take you out of the moment. As some of the human “guests” or hostages get involved, it only raises the bar on what sort of hijnks the film can pull off.

EAT LOCALS has all the makings of a perfect midnight movie. I wouldn’t be surprised to see this one have late night screenings at indie theaters for years to come. Every member of the cast plays their part, and it’s easy to sympathize with both the living and the undead. I would highly recommend EAT LOCALS to anyone who likes some laughter with their horror. After all, it can’t be blood and guts all the time…but this one’s got plenty of that too.

“EAT LOCALS has all the makings of a perfect midnight movie.” 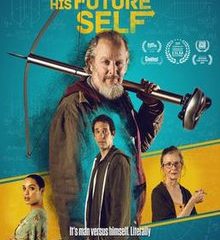